... through Germany from south to north with the Milan SL MK7 velomobile

The record attempt will take place on August 27th / 28th, 2022. The record company runs under the flag and the rules of the World Ultracycling Association, the world association for record rides on bicycles.

• https://www.velomobilforum.de/forum/index.php (the specialist forum for velomobile in Germany)

• https://www.droplimits.de/home.html (the site for record drives in velomobile and Recumbent area)

• https: //www.erlebnistage.de/ (society for the Promotion of Adventure Education e.V.) 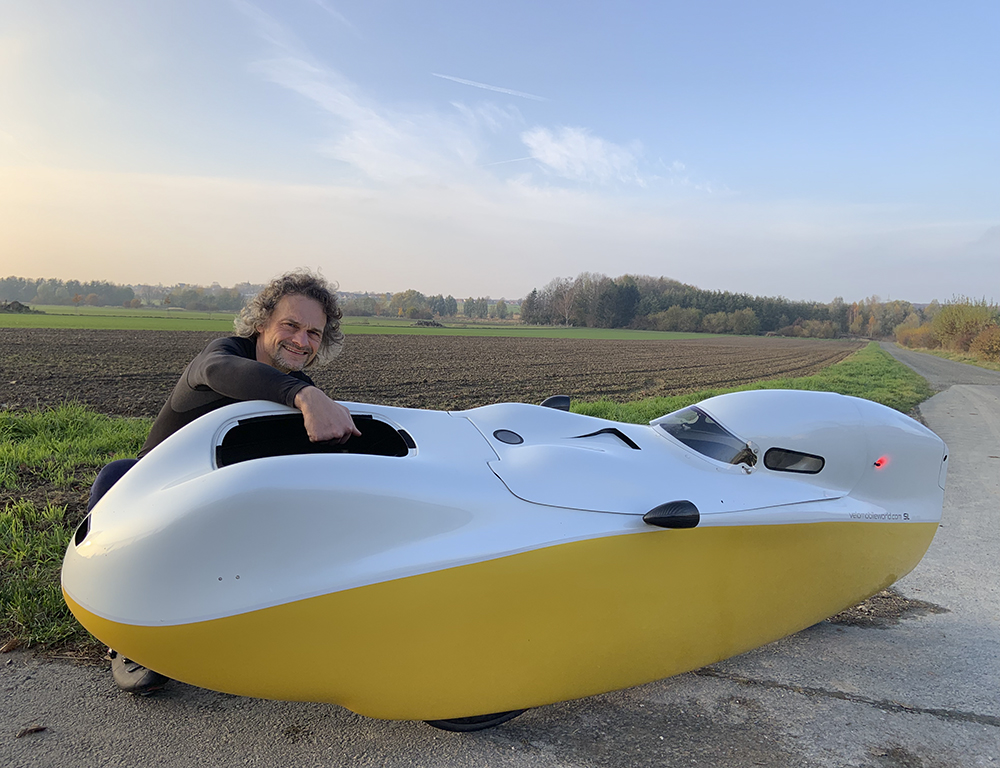 The climate concerns of this record run and the background

Beyond tipping points of mind

Worldwide, the average temperature has already risen by around 1 degree.

If we exceed an increase of more than 1.5 degrees, there is a risk of irreversible tipping points in the ecosystem being exceeded, which would have catastrophic consequences for all of humanity. Then freedom and prosperity as we know them today would be acutely endangered and many millions of people would have to leave their living space.

With this spectacular journey, Holger Seidel would like to inspire people to rethink and live mobility and to help people overcome tipping points of mind for a life-affirming and sustainable change in traffic.

The record run is intended to show the enormous potential of velomobiles.

It should prove that we humans can only cover enormous distances with muscle power, with very little power, protected from the weather, with full suspension and comfortably. Velomobile as an example of a really successful transformation in the mobility transition.

Velomobiles could replace billions of kilometers by car in a CO2-neutral way.

This trip is intended to set an example against the still automobile-oriented transport policy of the federal government, which is still controlled by the automotive industry and in its current form counteracts a sustainable transport turnaround.

The transport sector is the only sector that has not managed to reduce its overall CO2 emissions in 30 years.

Traffic in Germany accounts for around 25% of the total fossil energy demand. This must be reduced significantly by 2035 in order to switch to CO2 neutrality.

Car traffic is largely responsible for the high energy demand.

The car is the most important means of transport for commuters in Germany on their way to work. According to their own statements, 68 percent of Germans drove their car to the company or to the office in the past year - even on shorter journeys.

According to surveys by the Federal Statistical Office for 2020, the commuter routes in Germany (simple) looked as follows:

This means that the average one-way trip to work is only about 16.9 kilometers.

Show what mobility could look like with a record drive:

With this trip, Holger Seidel would like to show something that most people simply will not believe is possible. He wants to break the boundaries of imagination and at the same time deliver a kind of feasibility study of future mobility while driving.

It's about using your own muscle power, without any motor support, to cover the distance of 1074 km in one swing without a break and without sleep. There are about 5200 meters of altitude to be overcome. With conventional racing bikes, that is nowhere near possible in the targeted time of less than 33 hours. In addition, the route is not cordoned off and time will be lost when crossing a number of cities and construction sites. There is also nobody there to give the record driver a slipstream. The support vehicle must always drive behind the record driver.

The test takes place in a "normal" traffic environment, between cars and trucks. On normal roads in the middle of traffic. This is precisely why the experiment can show that there are sustainable modes of transport today that are used as an alternative to cars and could theoretically replace them to a large percentage.

One of the goals of this record run is to show that there is a new bicycle technology today that can do this. There has been a quantum leap in bicycle development in recent years. This quantum leap has occurred largely outside the bicycle industry's large commercial market.

It is about the development of the so-called "velomobile", which in the broadest sense emerged from the self-assembly scene of innovative bicycle enthusiasts and speed record hunters.

Velomobiles are still an absolute niche product and hardly play a role in public road traffic. Nonetheless, they have tremendous potential.

The efficiency of a velomobile Milan MK7 compared to a car:

The energy consumption of a Velomobile Milan SL MK7 (which only drives with muscle power) is around 0.5 kWh per 100 km. This means that a velomobile is about 45 times more energy-efficient than an average electric car. In addition, it is completely independent of charging stations and therefore has a practically unlimited range.

The vision: Commuters are increasingly switching to muscle-powered mobility

The non-profit organization Greenpeace has calculated the following for 2020:

If 40 percent of employees only leave their car two days a week, CO2 emissions fall by 5.4 million tons. In addition, commuters will then travel 35.9 billion kilometers less. Only in Germany ! Each year!

In view of the possibilities of innovative bicycle technologies, this scenario really does not seem utopian.

It seems unlikely that the majority of commuters will switch to bicycles or pedelecs. For that, they offer too little weather protection and comfort (especially in winter). Velomobile could do just that.

So it is not so much the technical limits that will determine success or failure, but rather the social and political will.

And that can only be based on consciousness.

The extreme athlete Holger Seidel would like to make a contribution with his record run. 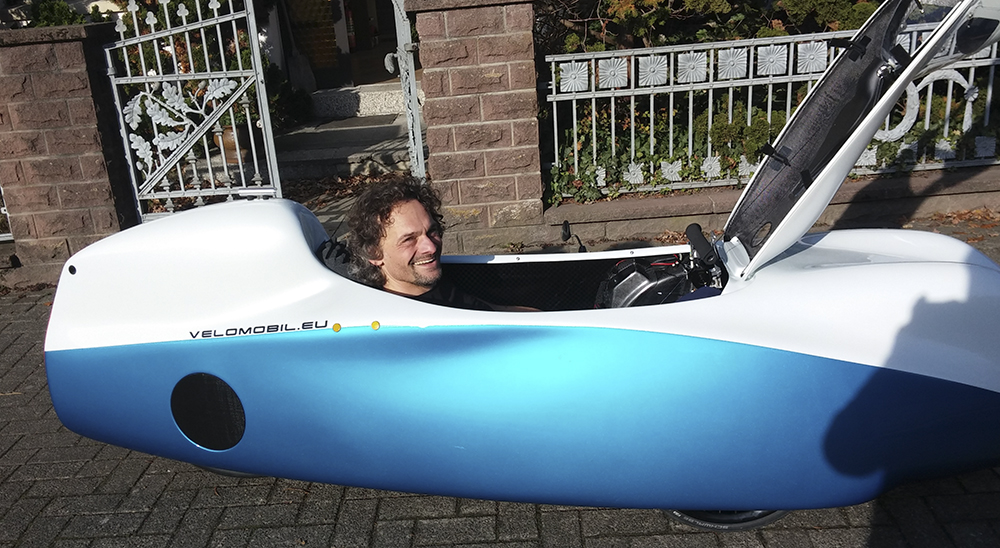