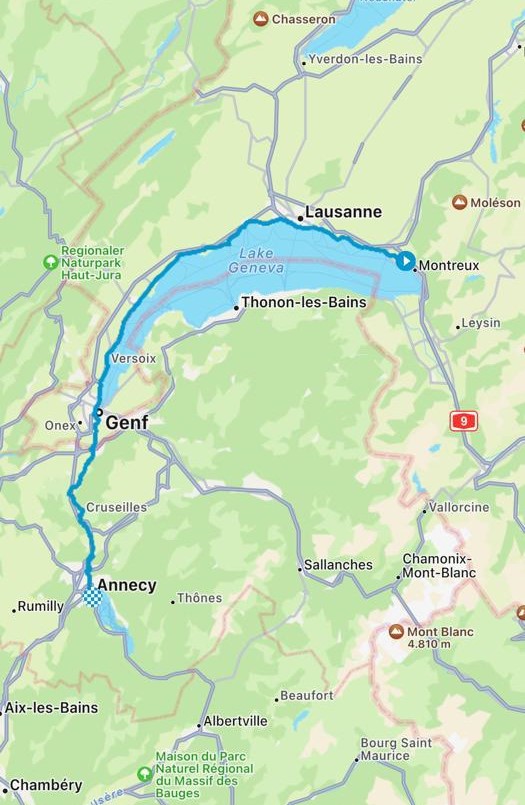 Lake Geneva made up most of the 130 km route today. The altitude difference was similar to yesterday. Denis led us through the maze of streets for the first half hour until we came to the shore road towards Lausanne and Geneva.

We passed wineries and smaller towns until we reached Lausanne. The route ran directly past the Olympic Committee. There we immediately suggested "velomobile riding" as a new discipline..

At noon we had a coffee with cheesecake in a better restaurant. This was more a very tasty dessert than a cake.

There is a tram in Geneva. This is one of the horrors for velonauts. Brigitte promptly got one wheel stuck in the rails. Of course, there were many expensive cars to be seen in Geneva and the city also made an overall sophisticated impression. What was striking was the good cycle path into Geneva and the many cycle lanes in the city. However, these were usually only drawn on the asphalt.

Already on the outskirts of Geneva, the road climbed up into the mountains. This was the first day on our trip when we really got warm. The Alpha 7s have the advantage that you can easily remove the front maintenance hatch, as they are attached with Velcro. With the maintenance hatch open, a climb is already much more pleasant, as much more air gets to the legs. From the top we had a beautiful view back over the lake and the city. Above us were some paragliders. At the end, there was a long descent to Annecy. The city is also called the Venice of France because of the canals and the buildings that reach down to the river.

As it had to be, the campsite was above the town and we had to ride up a fairly steep incline of 10-12%. The night was pleasantly mild for the first time, as we expected from the south. 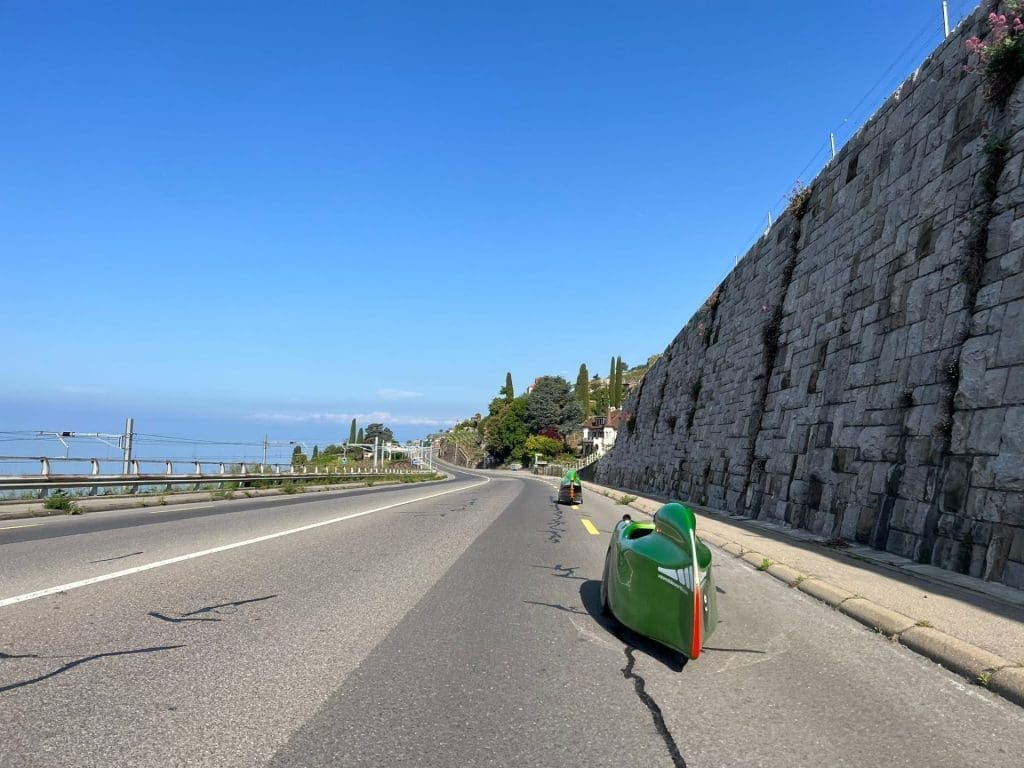 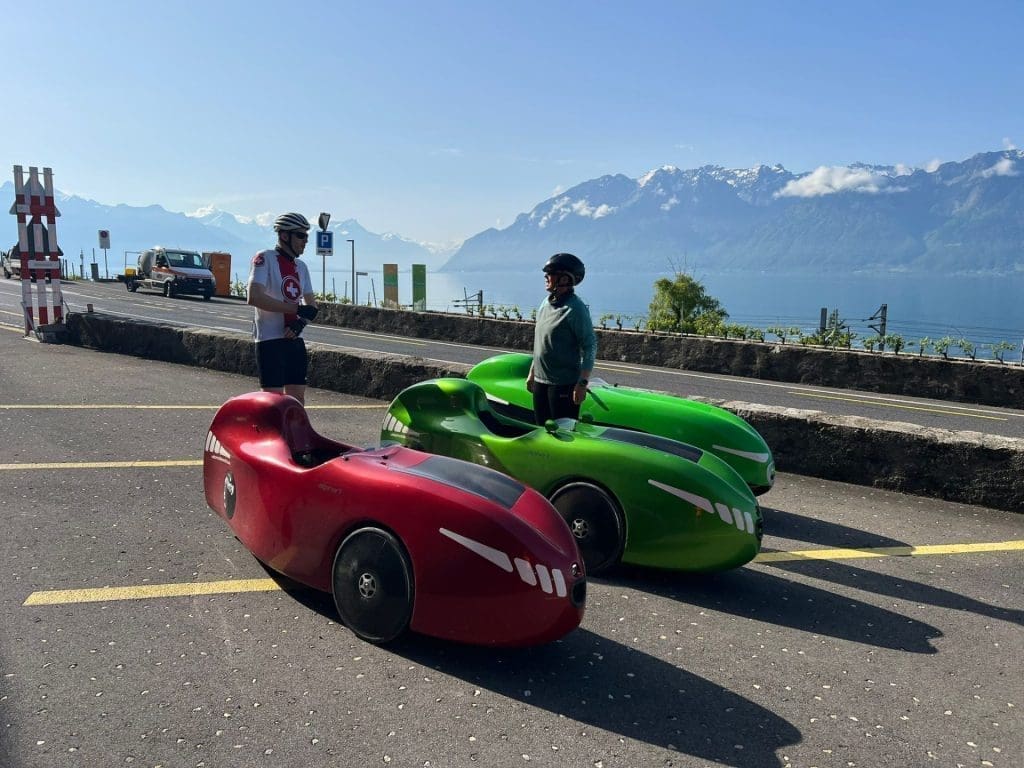 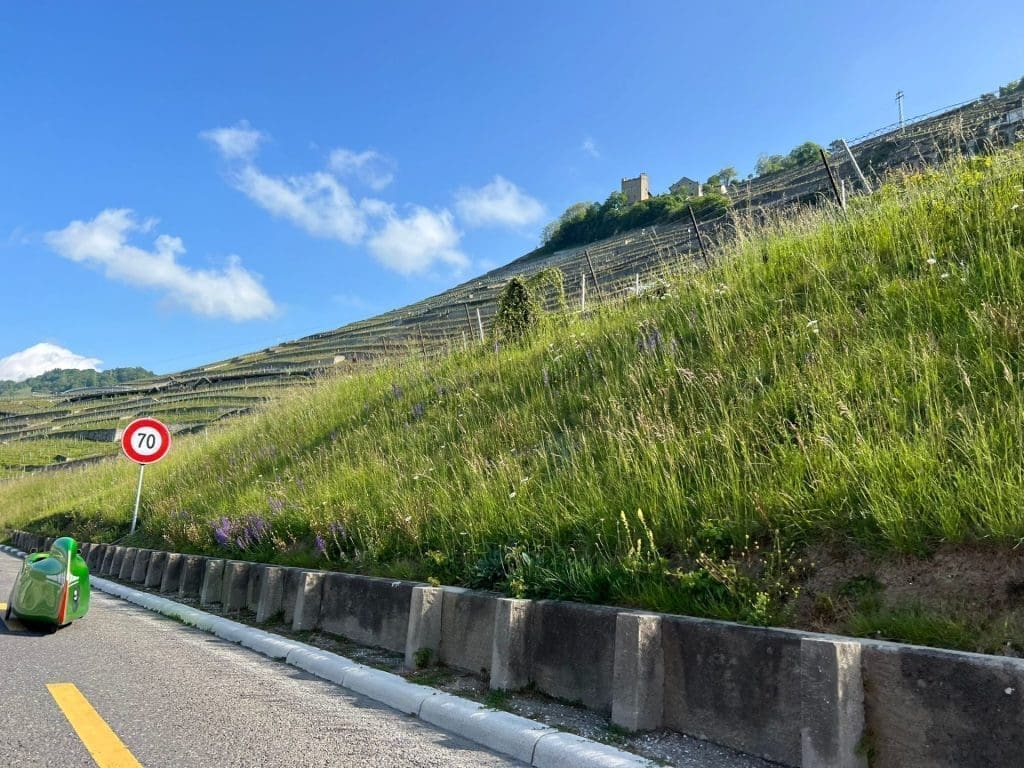 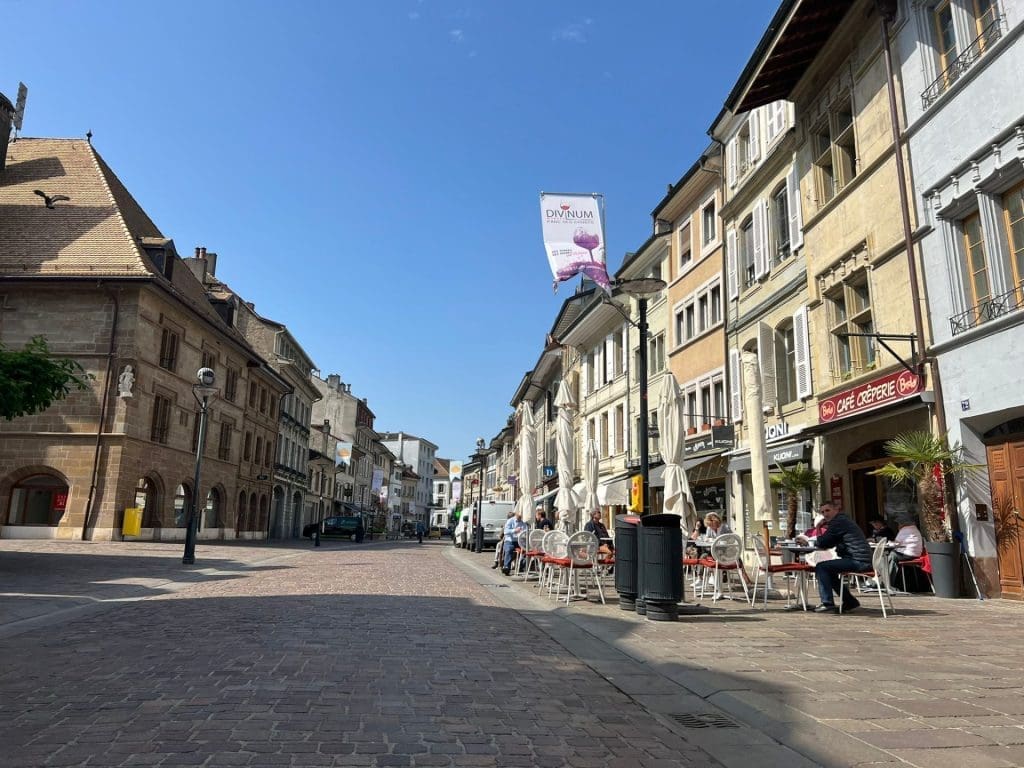 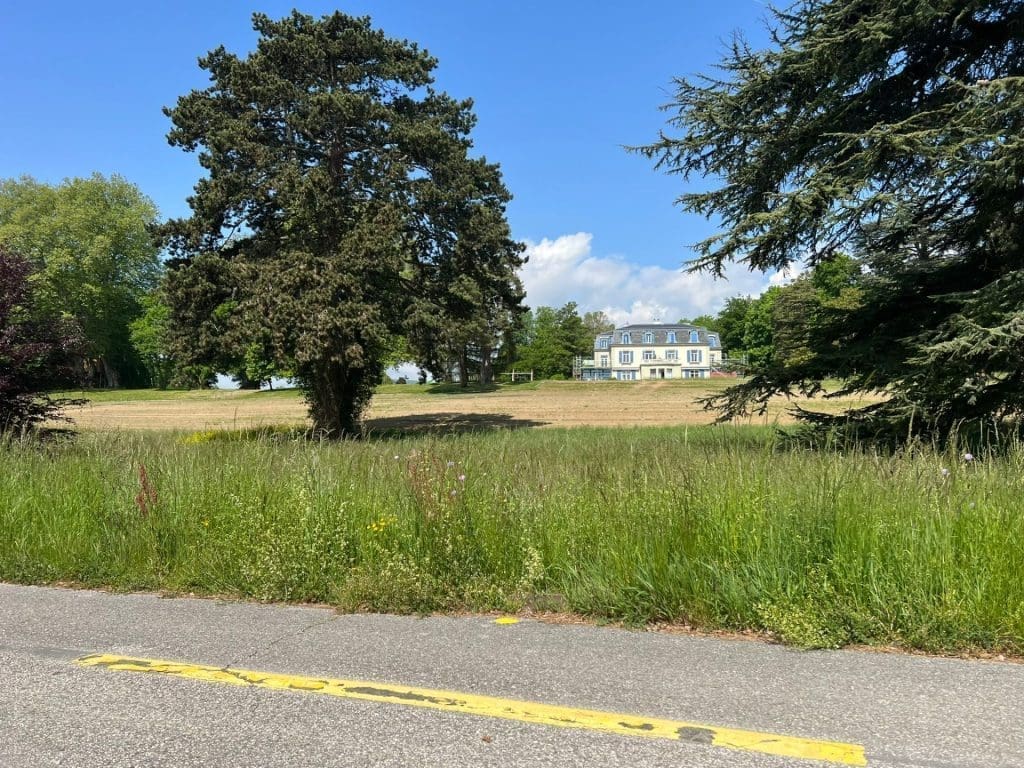 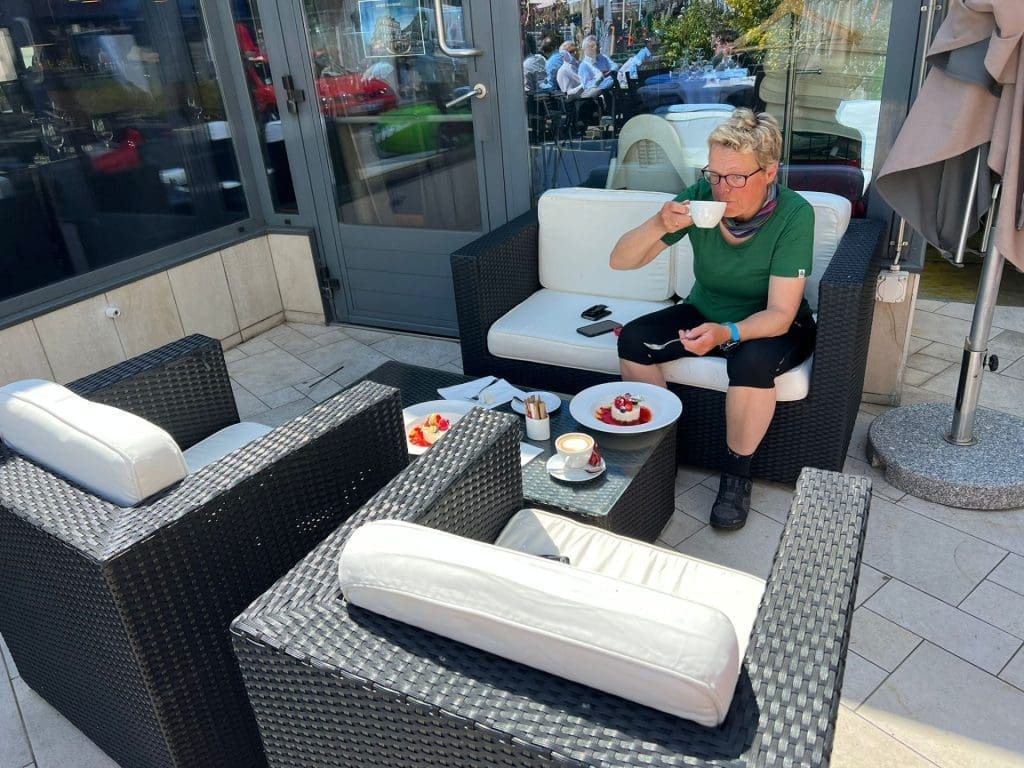 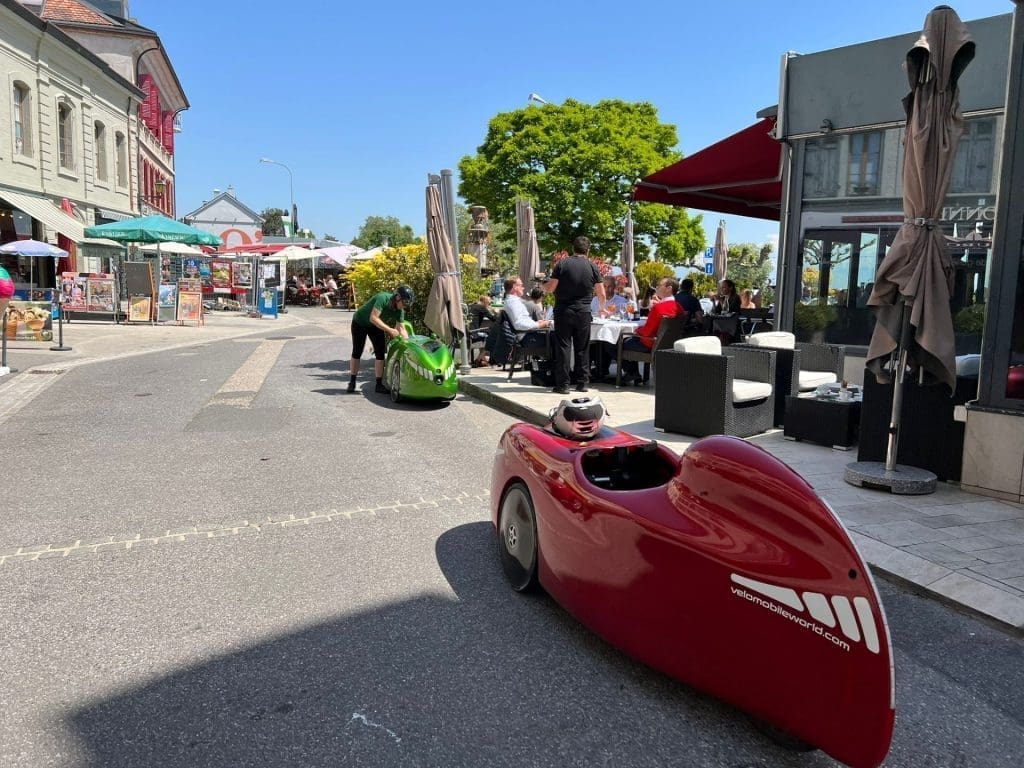 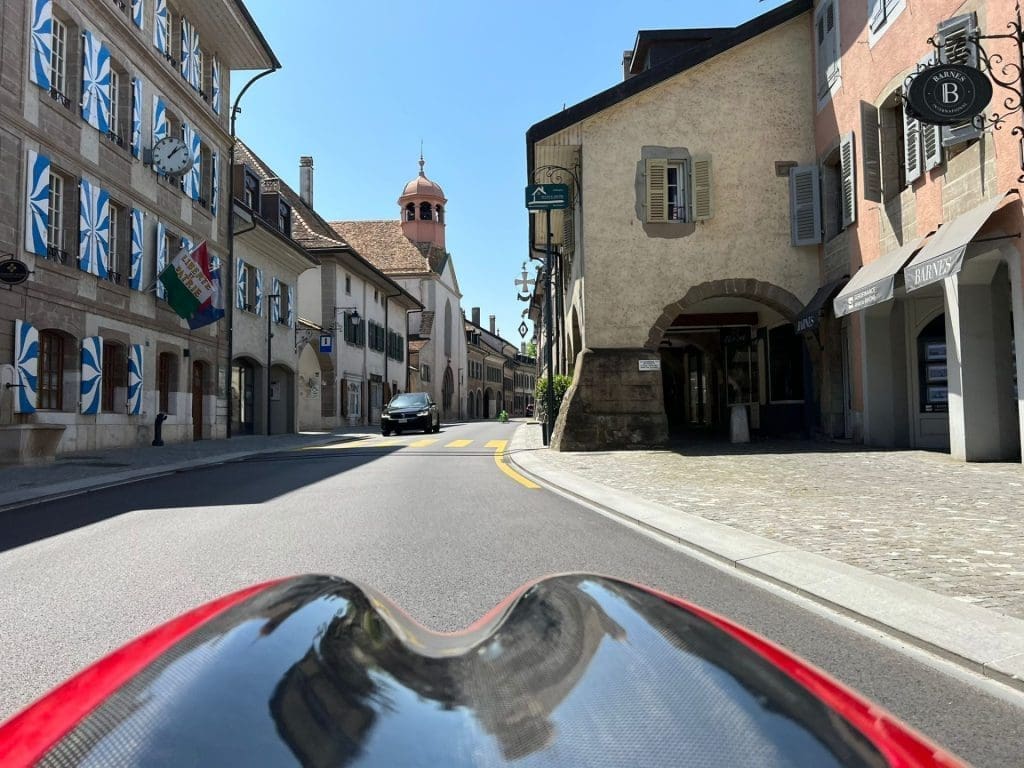 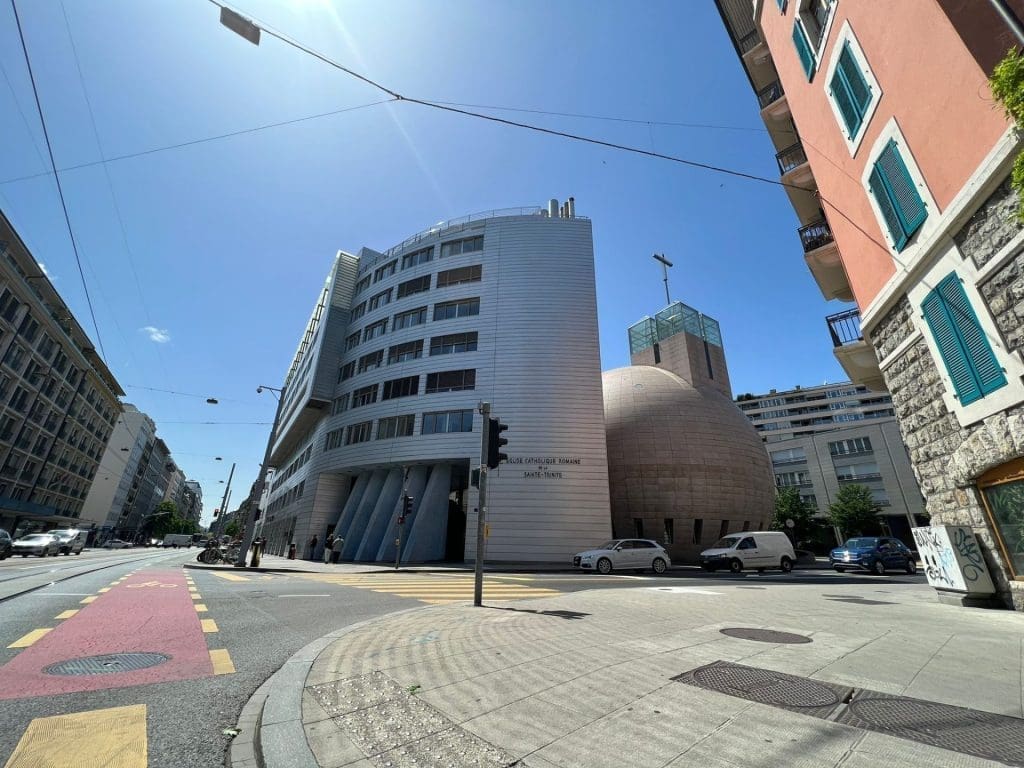 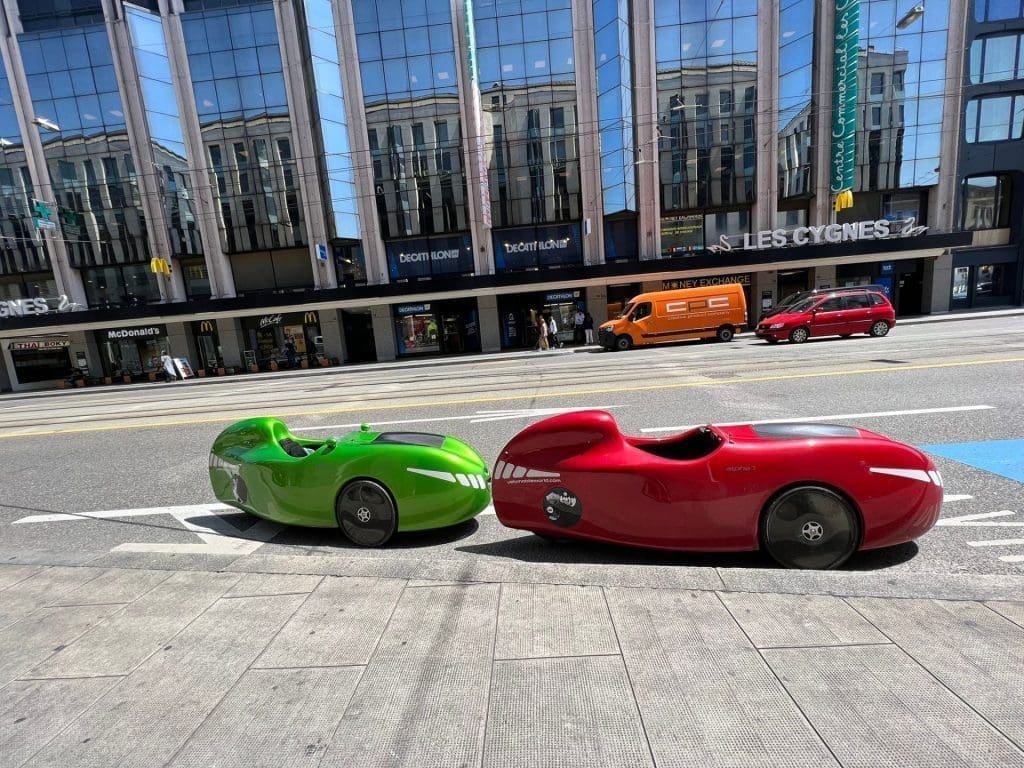 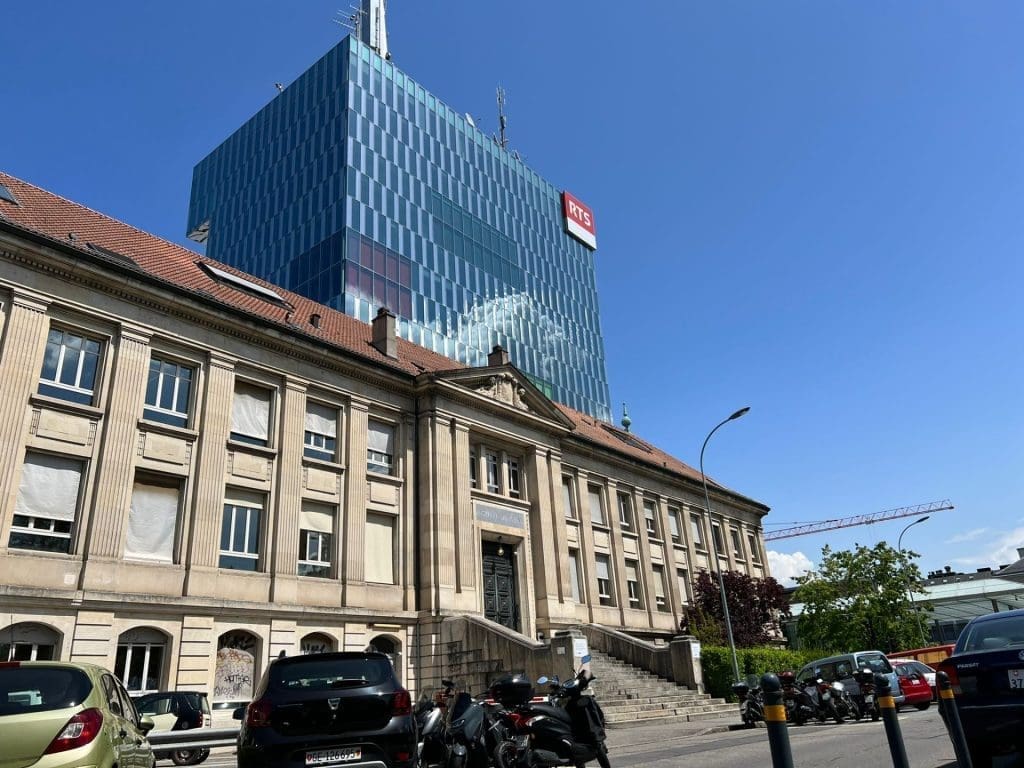 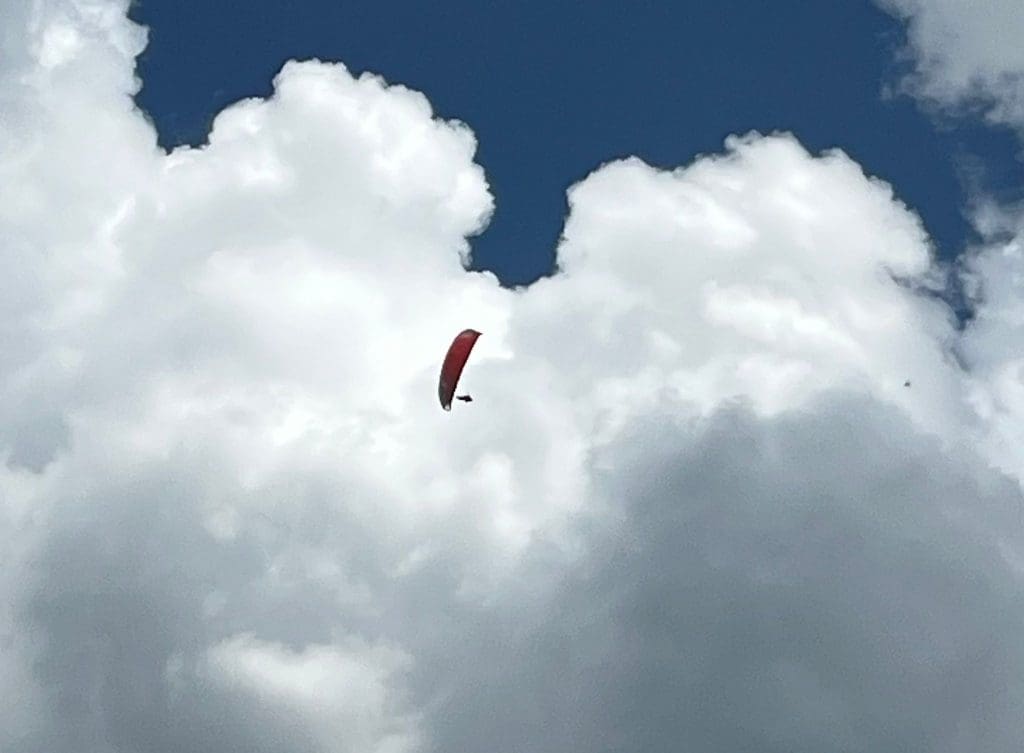 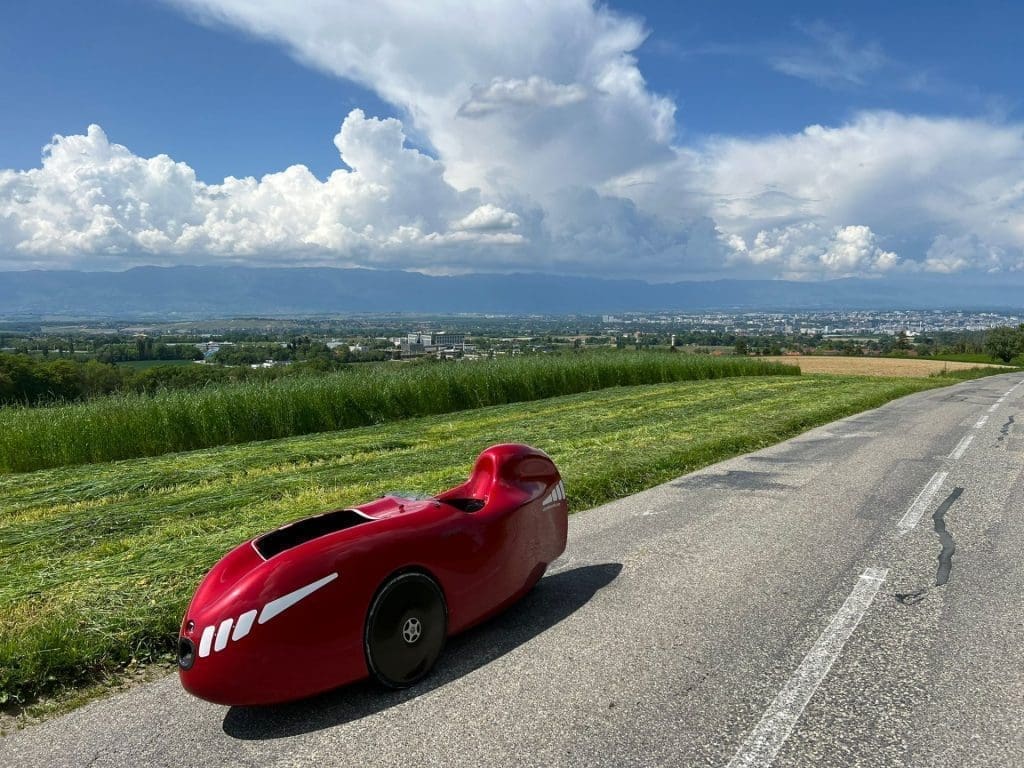 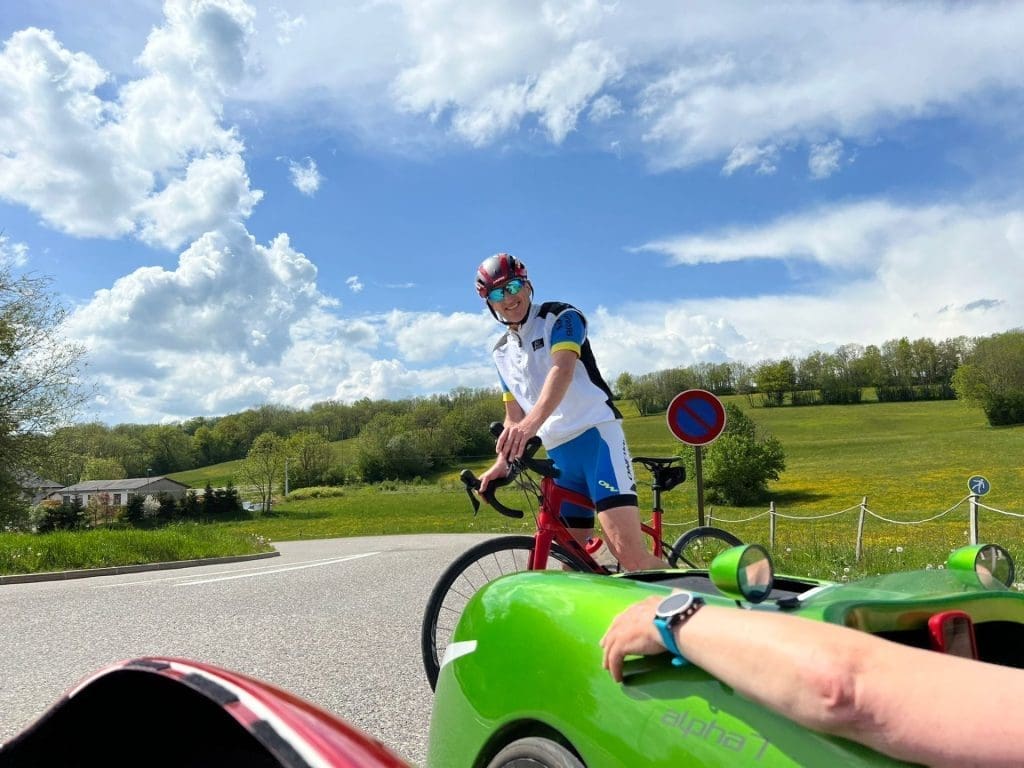 Oben am Col du Mt. Sion / At the top of the Col du Mt Sion 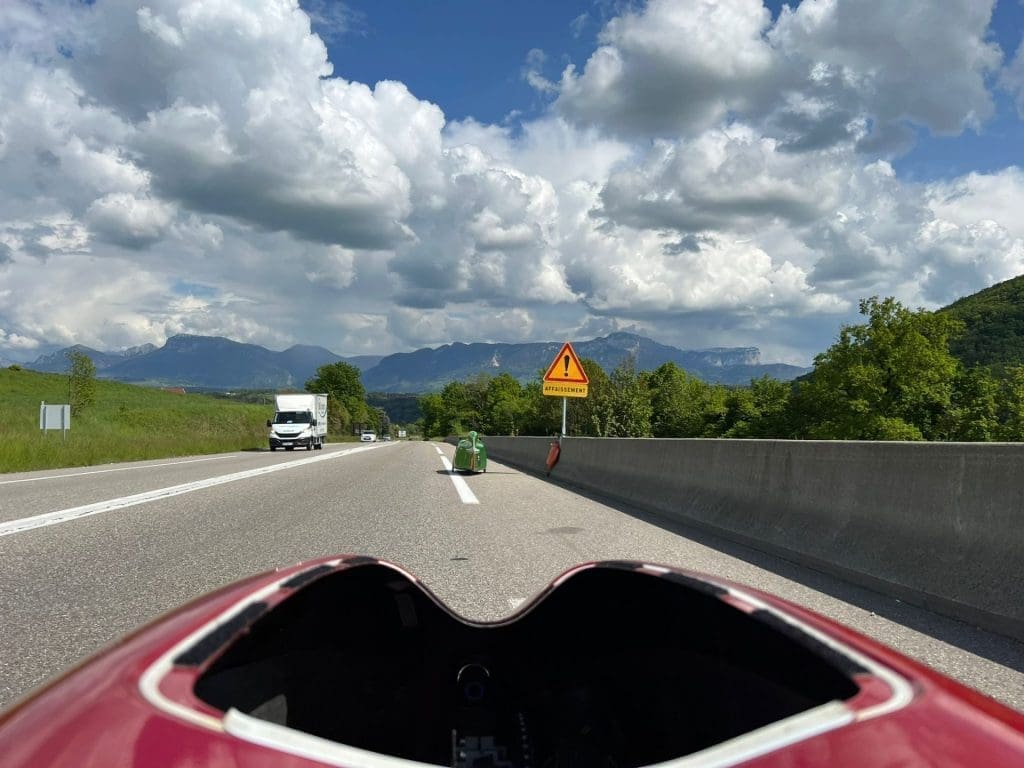 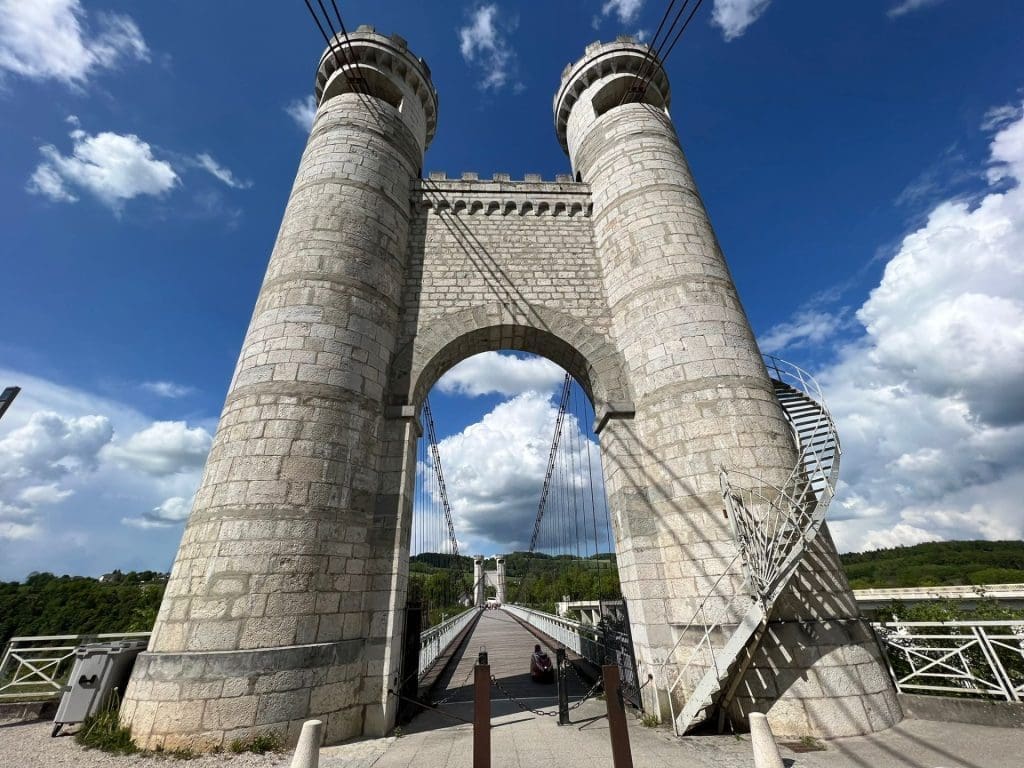 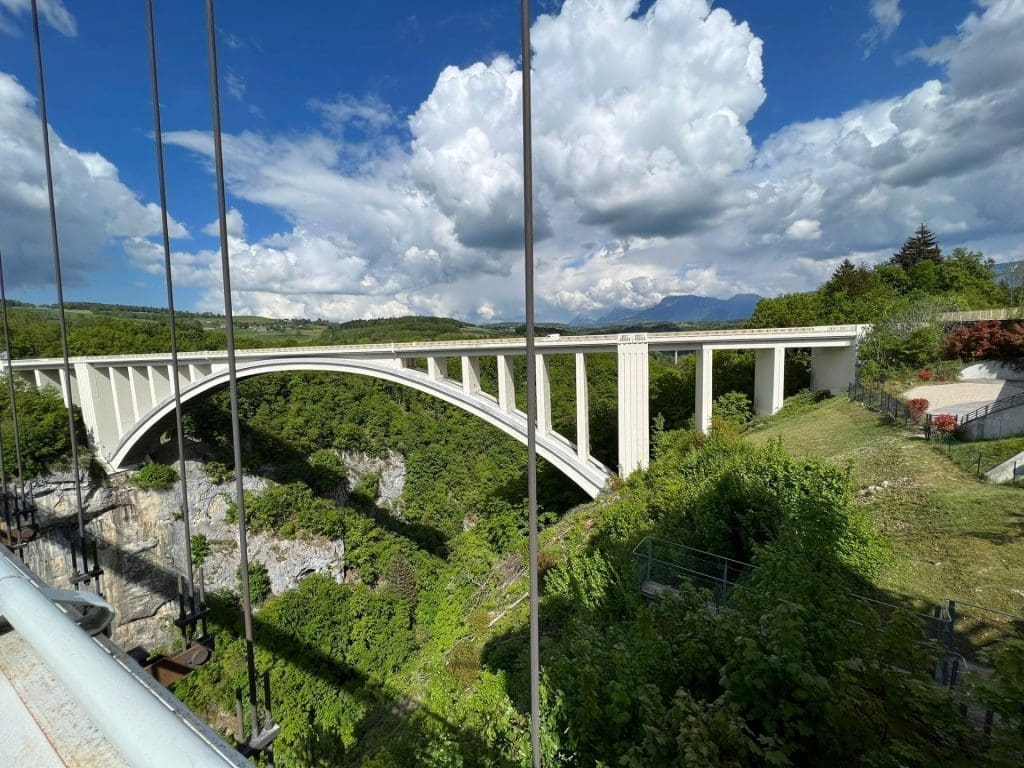 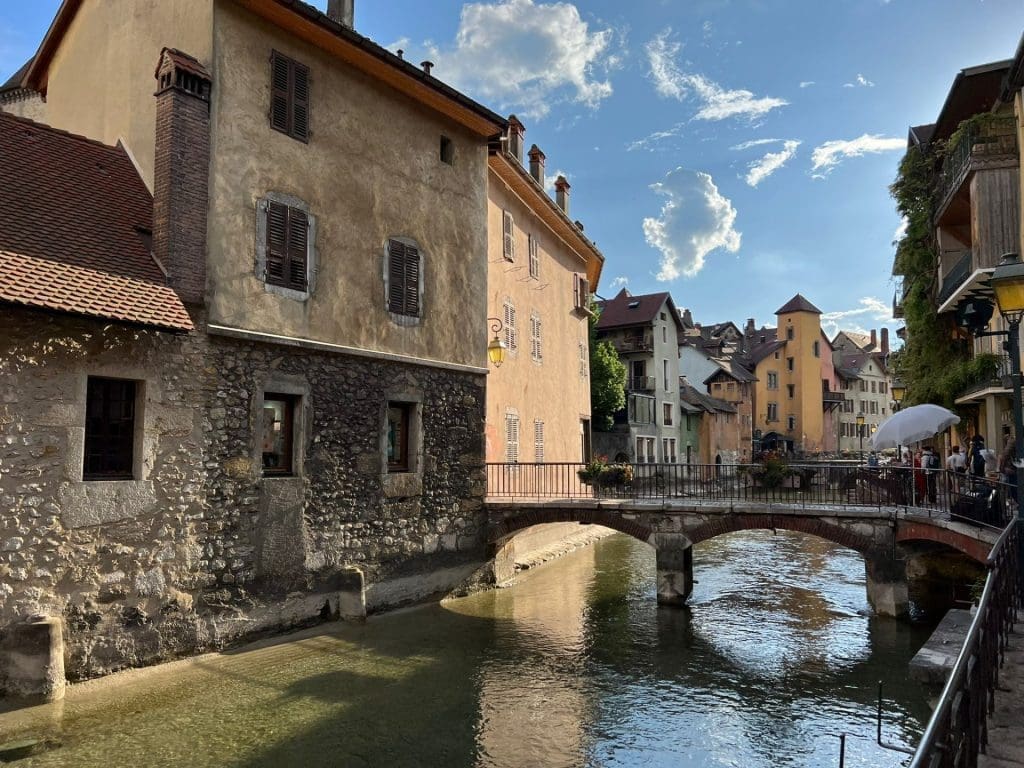 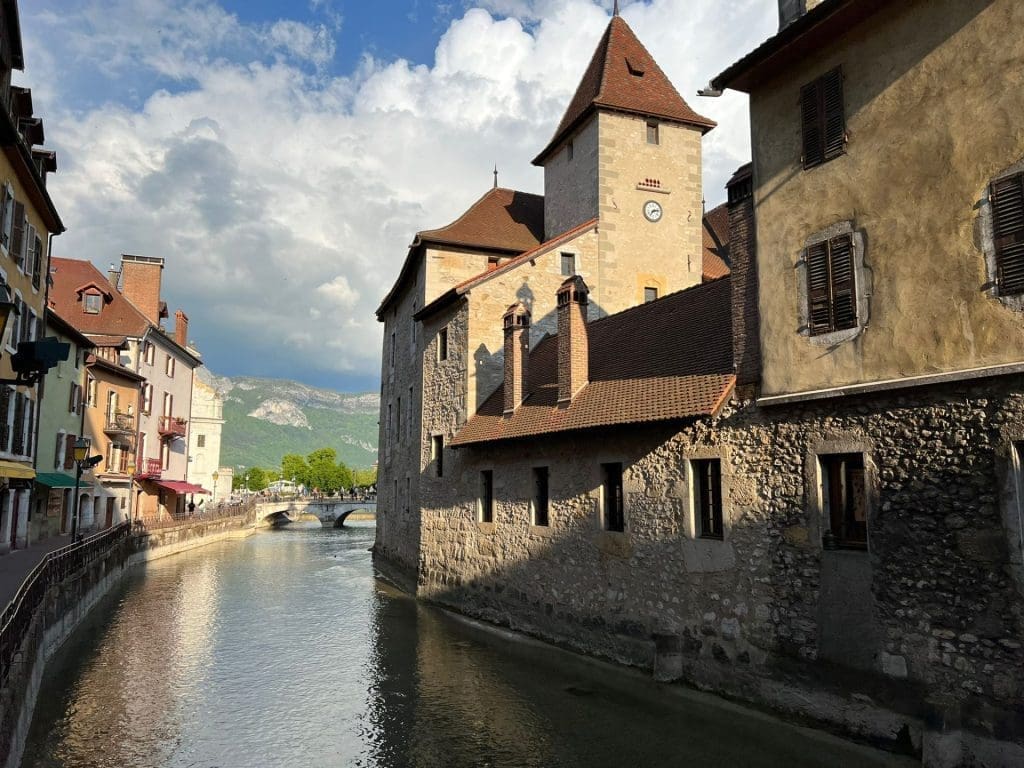