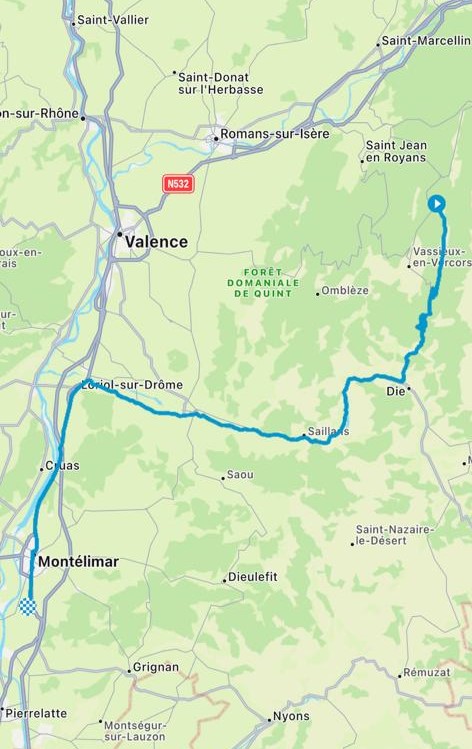 From La Chapelle we first went a short way downhill through a long valley and at the end we went up again to the Col de Roset. Since we were already over 800 m up in the Vercors, we only had to climb in a good 400 m. At the top of the pass, we stopped for a bite to eat before entering the tunnel. Afterwards we rode through the tunnel and then down in many serpentines.

Downhill, velomobiles have the difficulty, like many bicycles, of generating heat by braking. When braking at the front, the hubs of the front wheels become warm or hot. When the hub overheats, the spokes also heat up and can eventually crack due to the alternation of heating and cooling. Secondly, the hub bearings can lose their grease if they get too hot. So you have to let the hubs cool down again and again by waiting or putting water on them or by braking only briefly and letting them run for a long time. However, the latter does not work on many serpentines and with a high system weight if the gradient is too steep.

However, the descent offered many beautiful views and we used the breaks to take photos.

Once we reached the bottom, we rolled on with little pedalling due to the low gradient until behind Montelimar.

The town is known for its many small nougat factories. In contrast to the Vercors, it was already summery here. The temperatures here were already 22°C at 22:00 in the evening in mid-May. 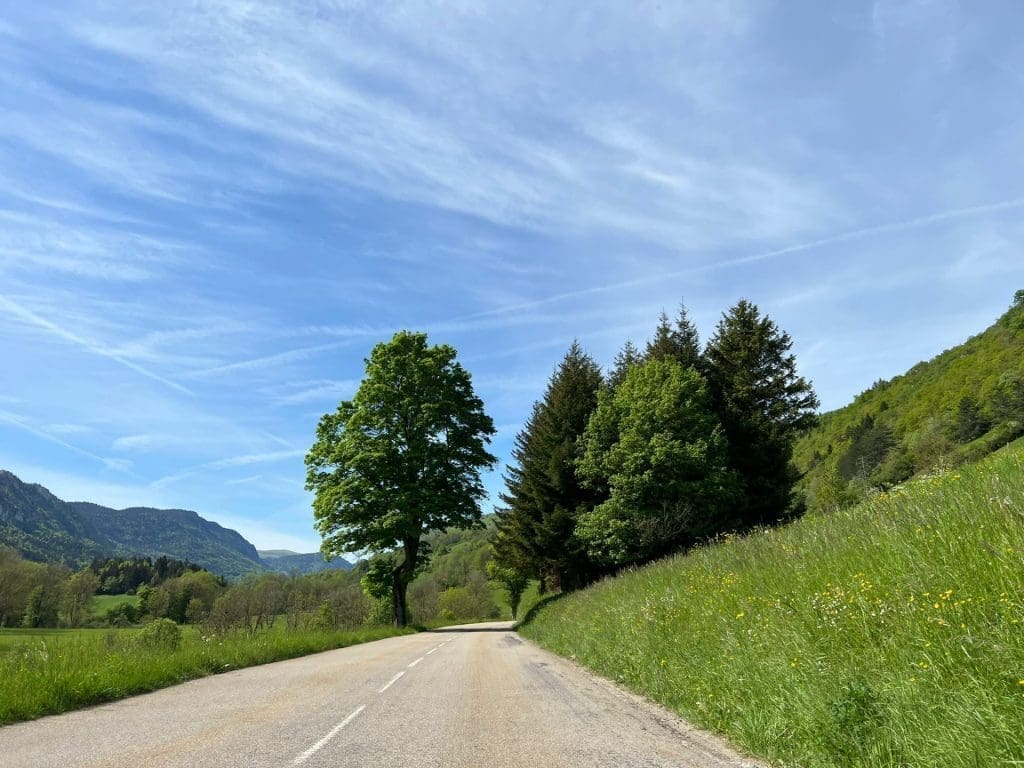 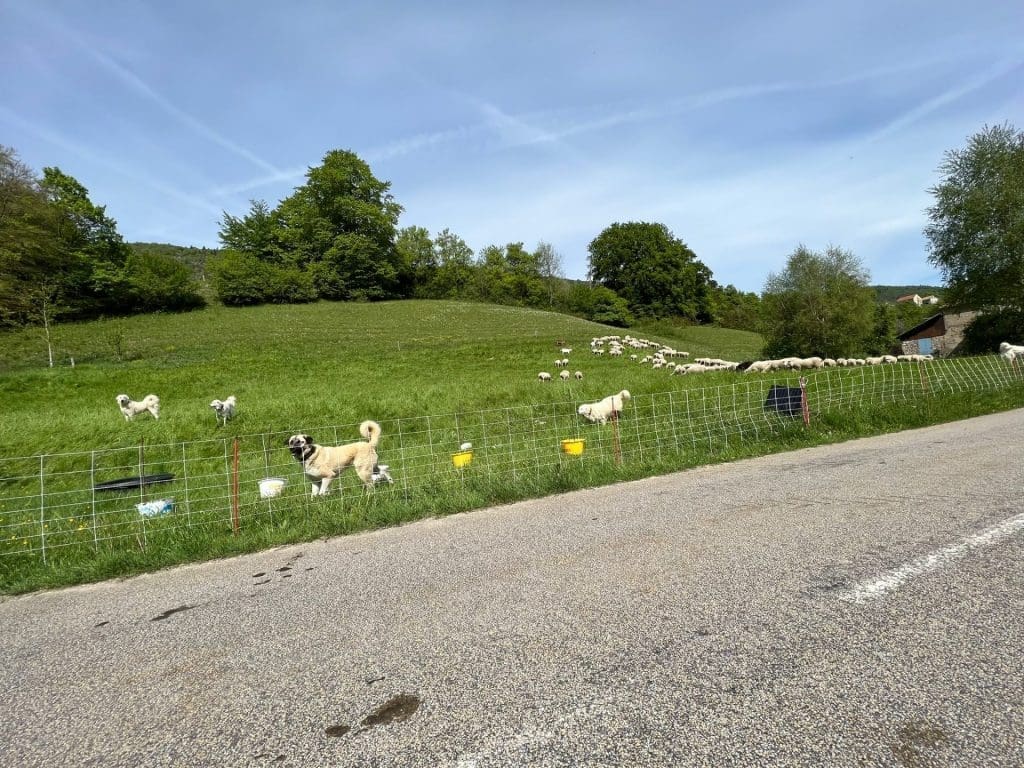 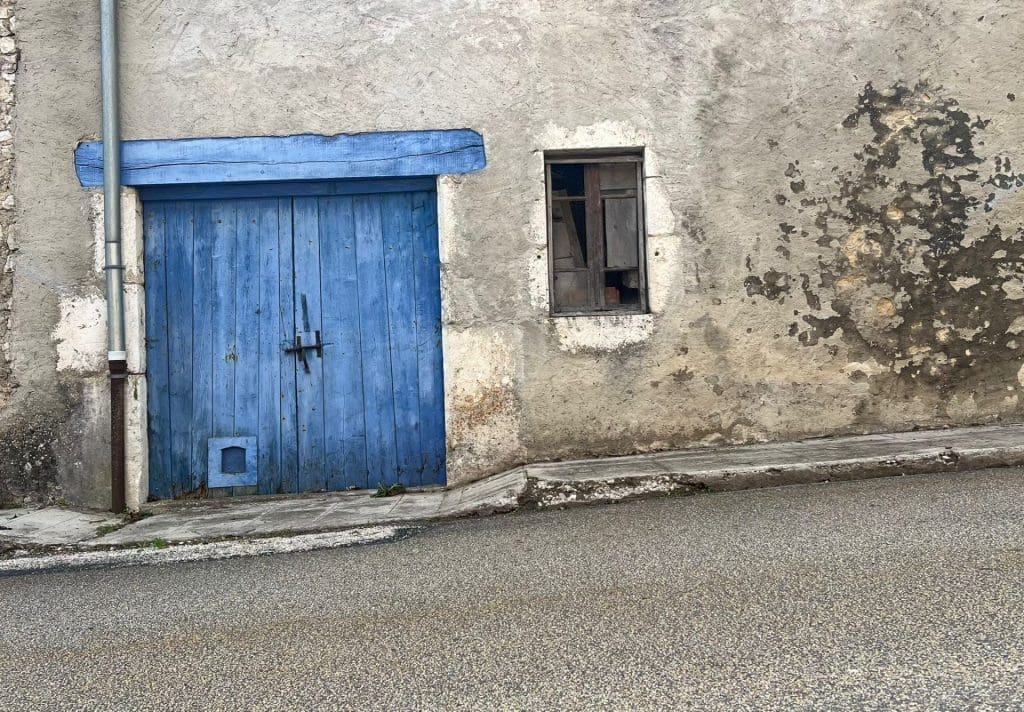 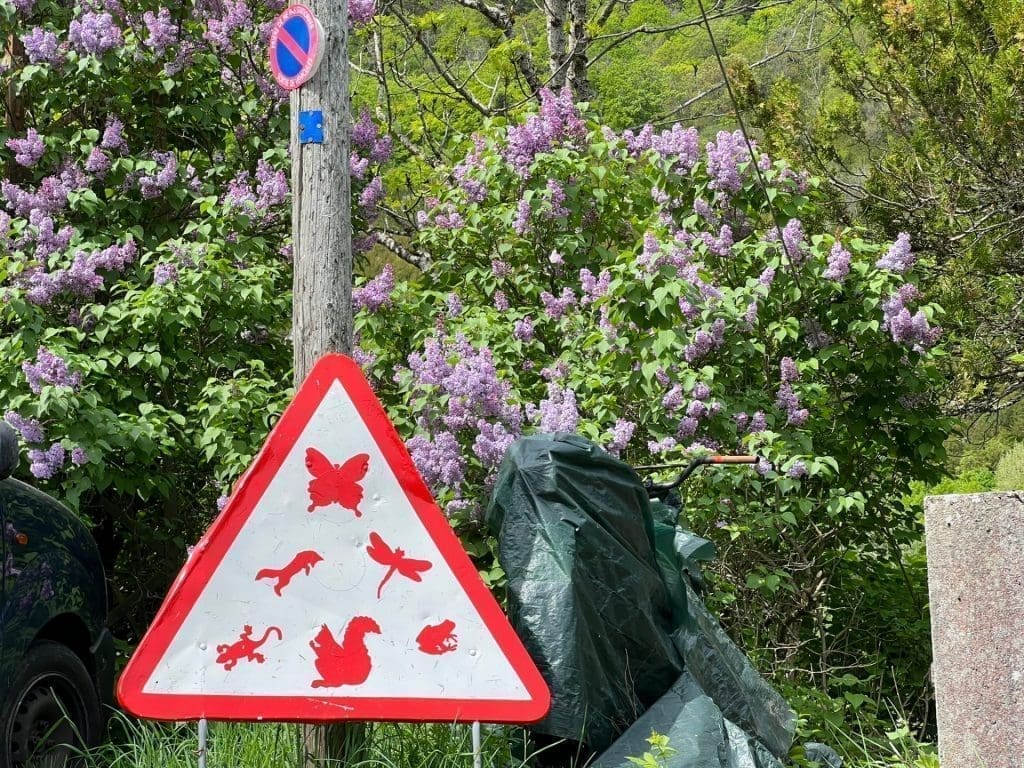 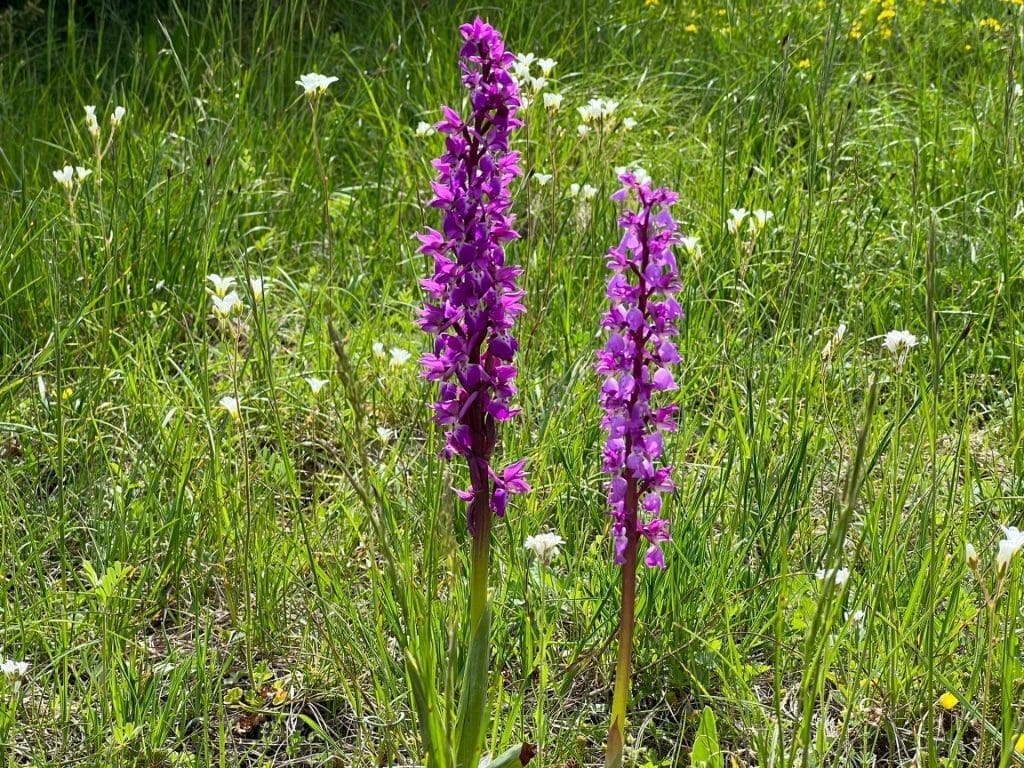 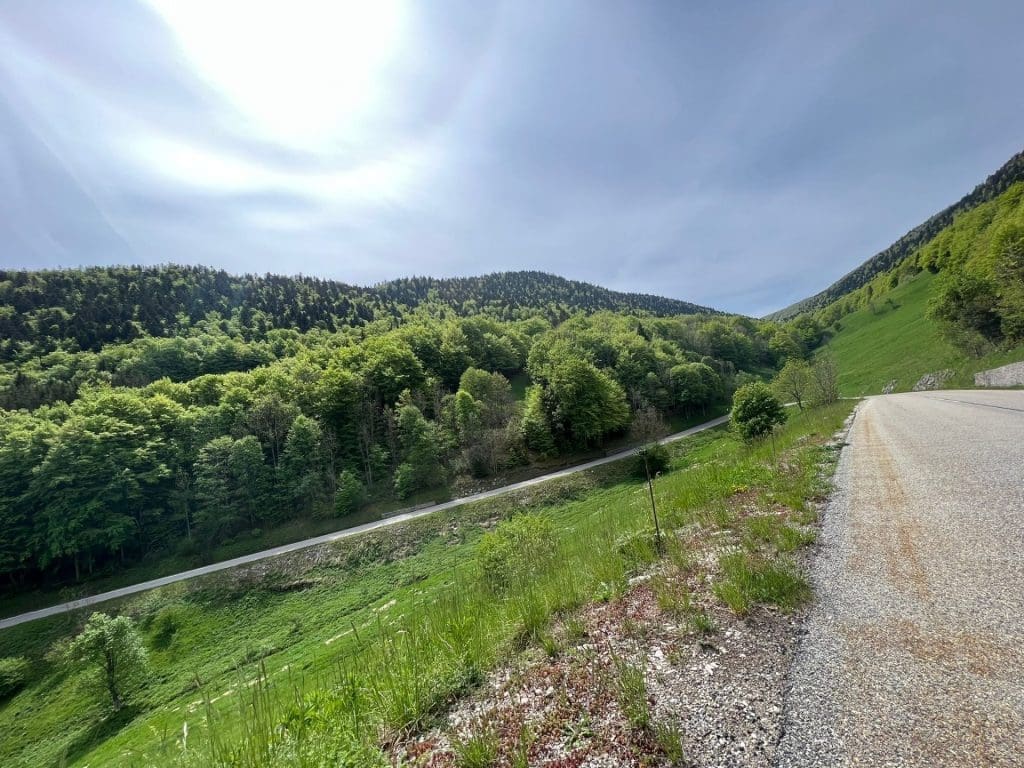 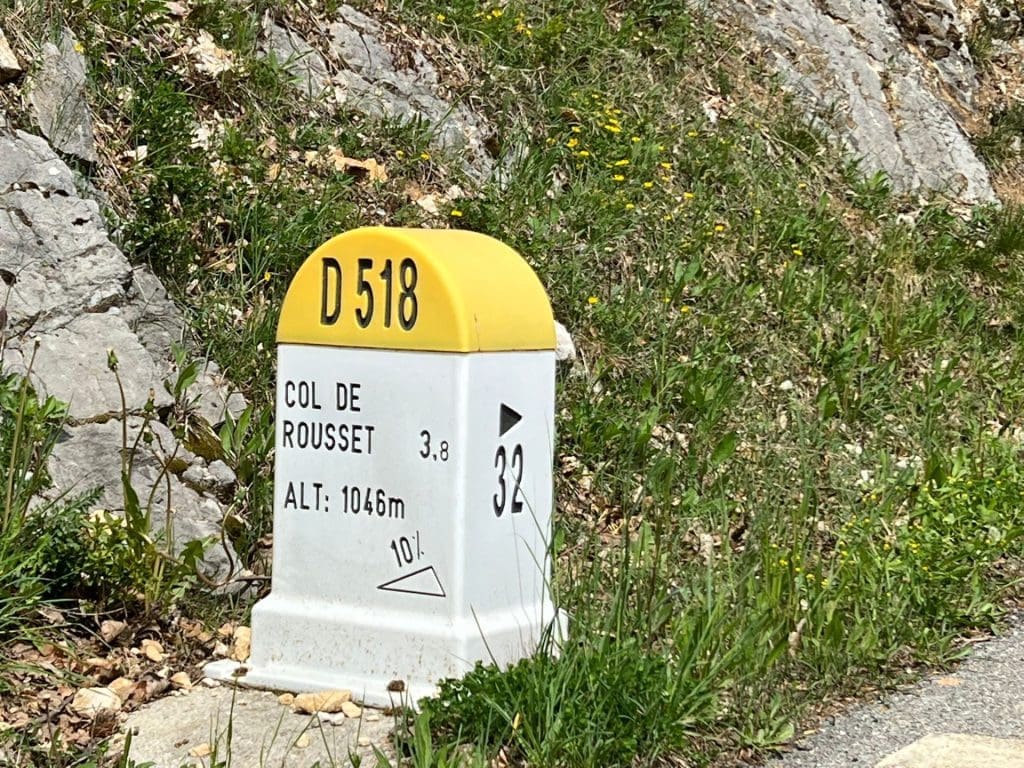 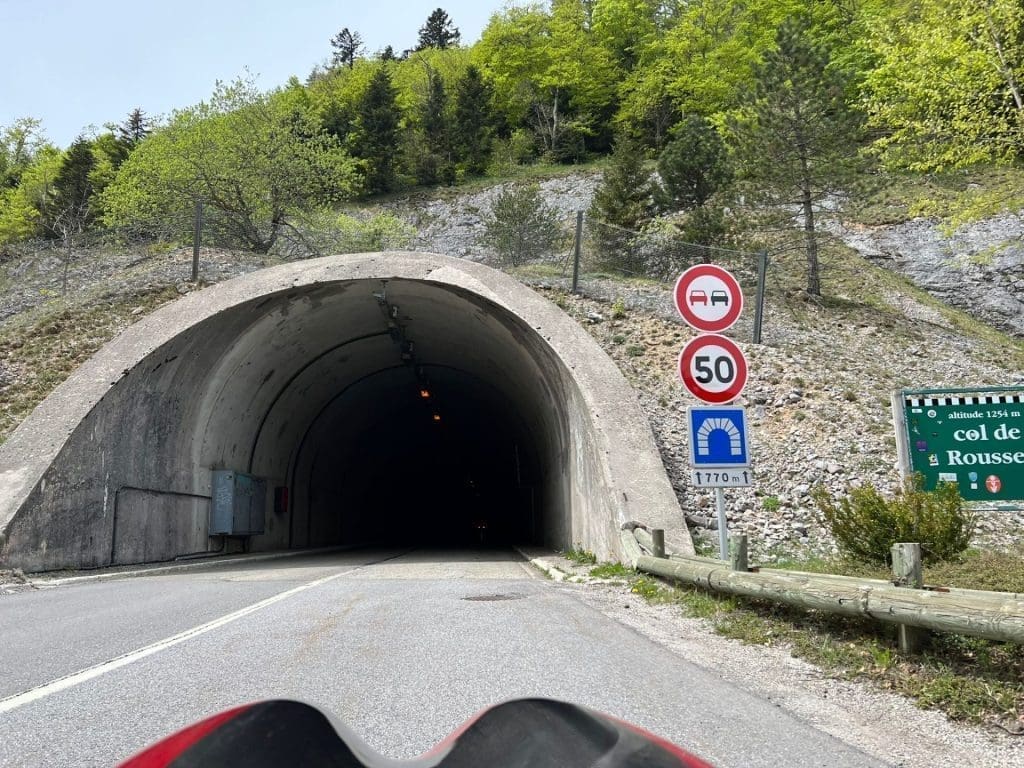 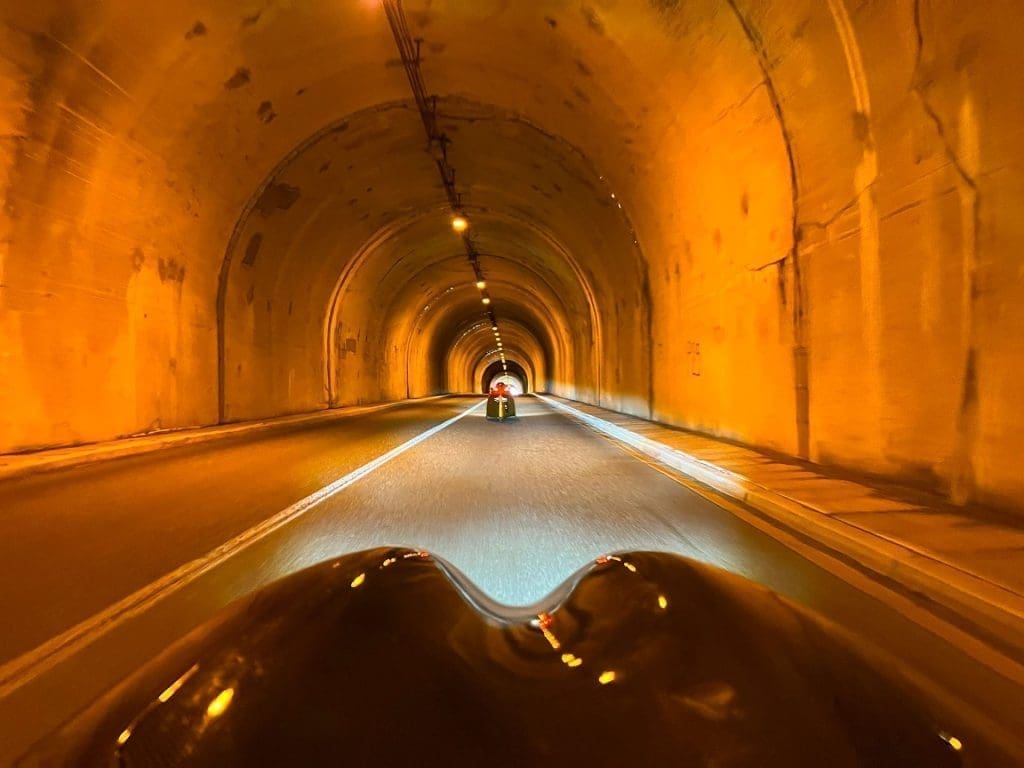 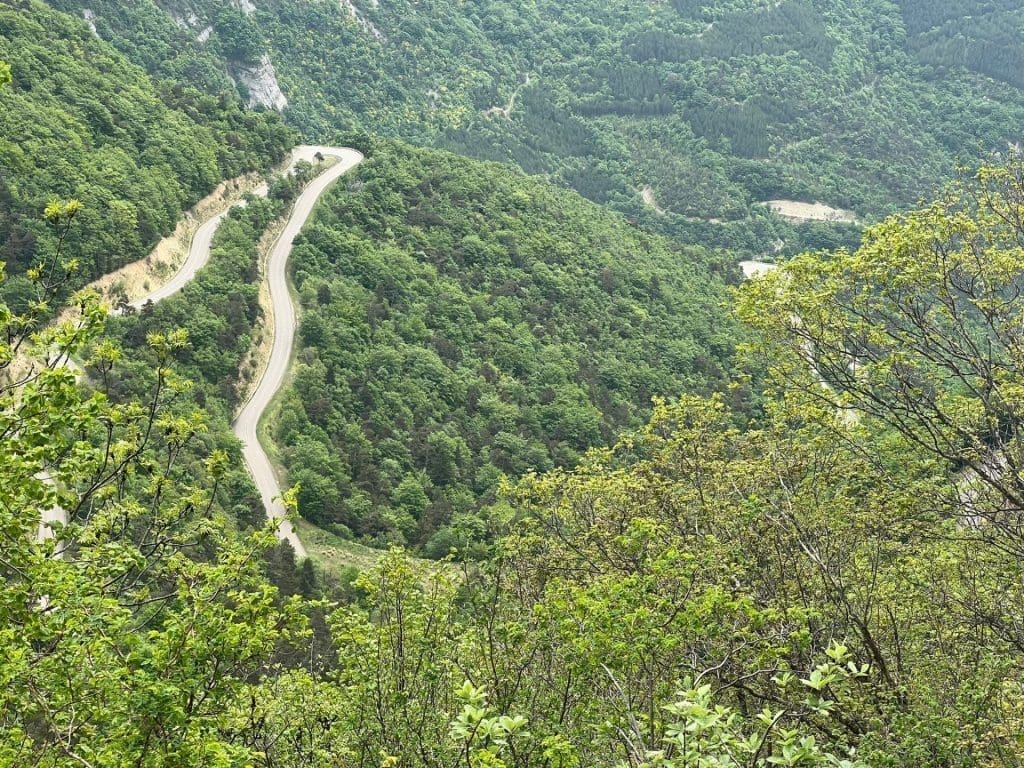 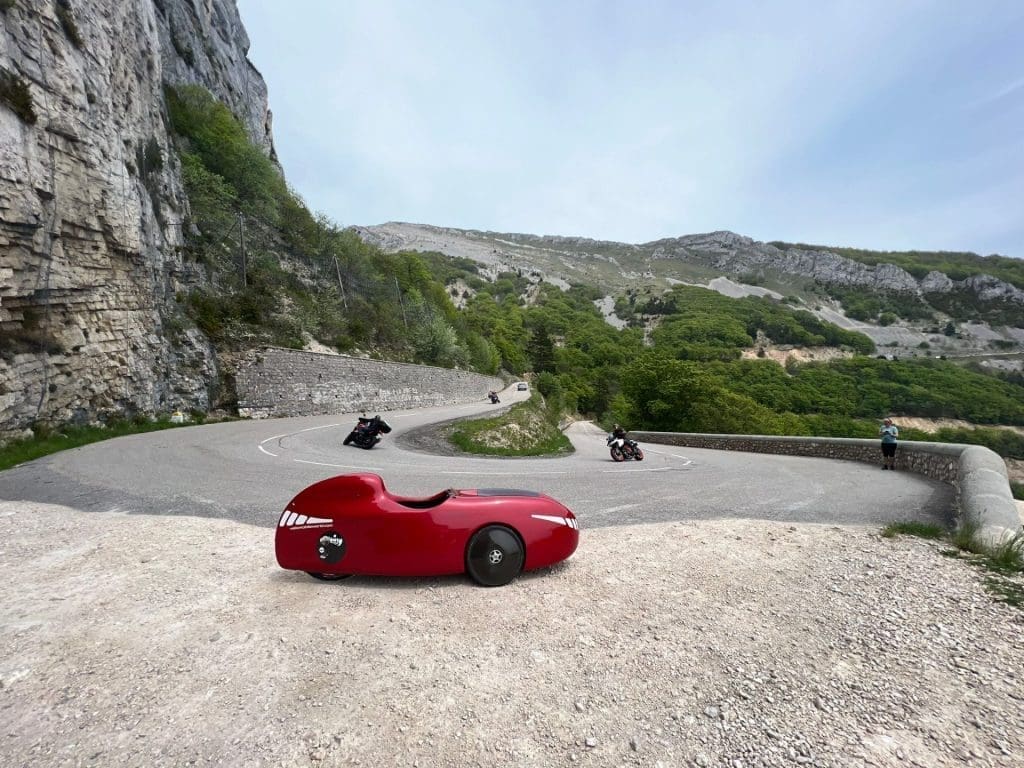 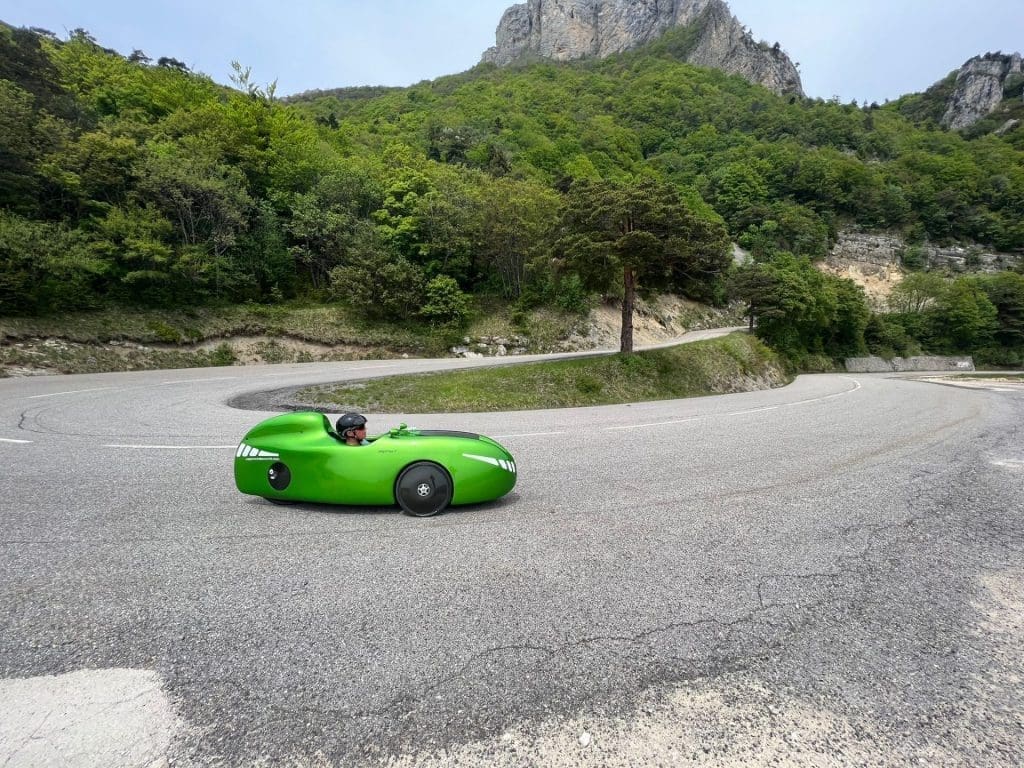 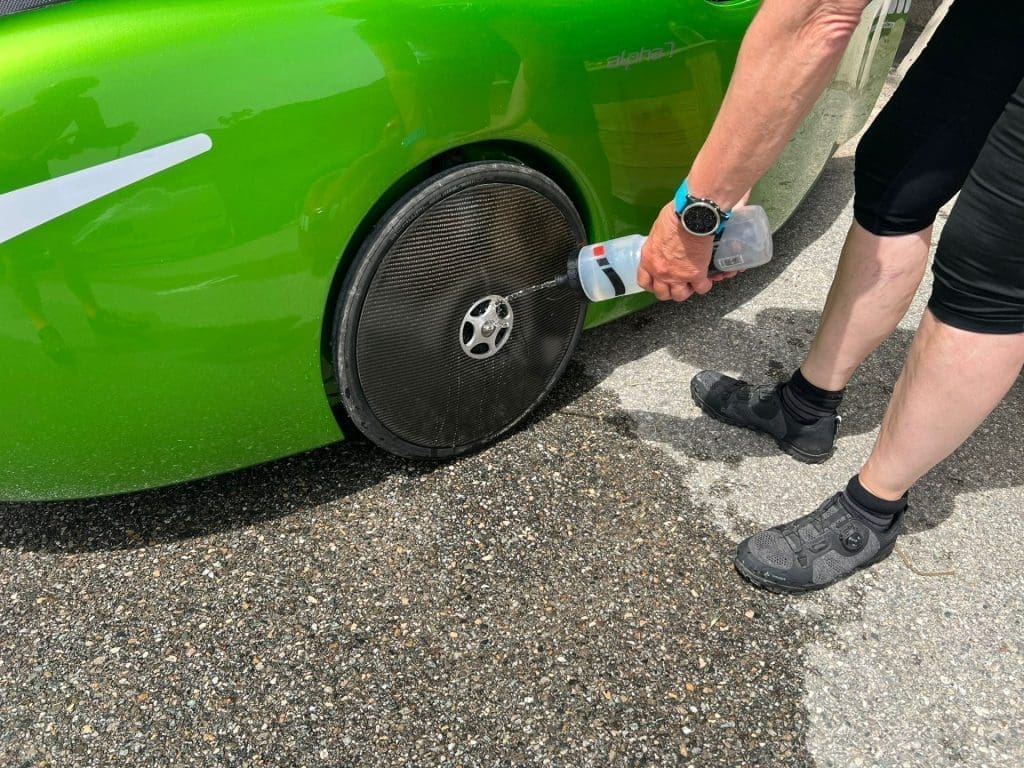 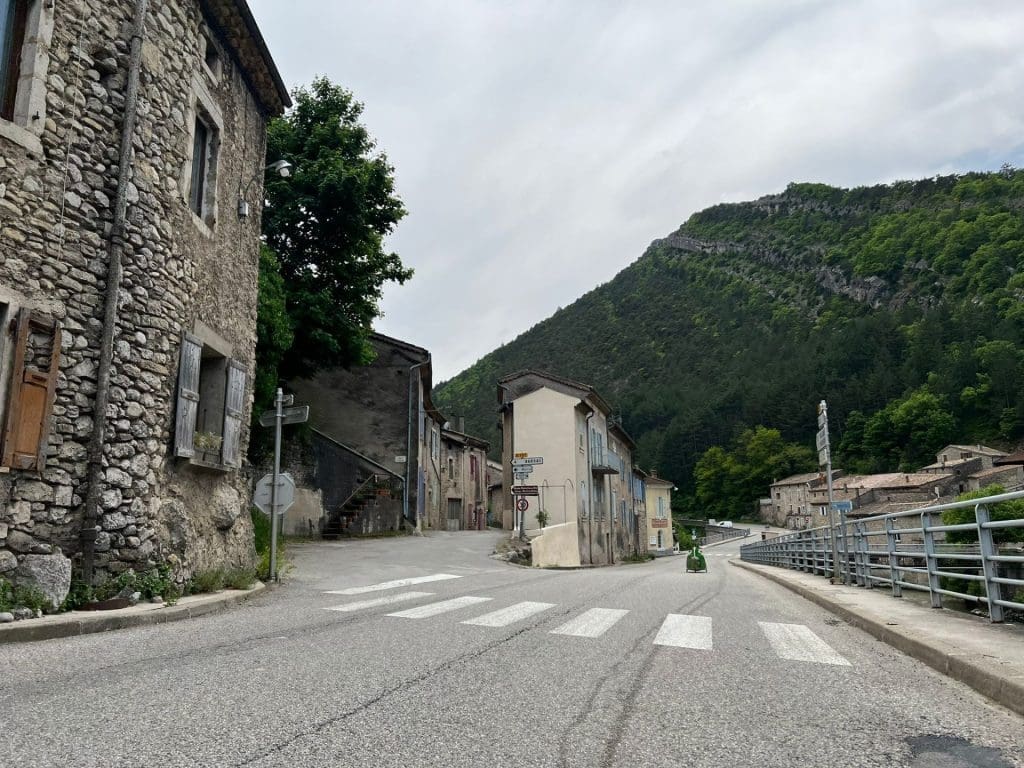 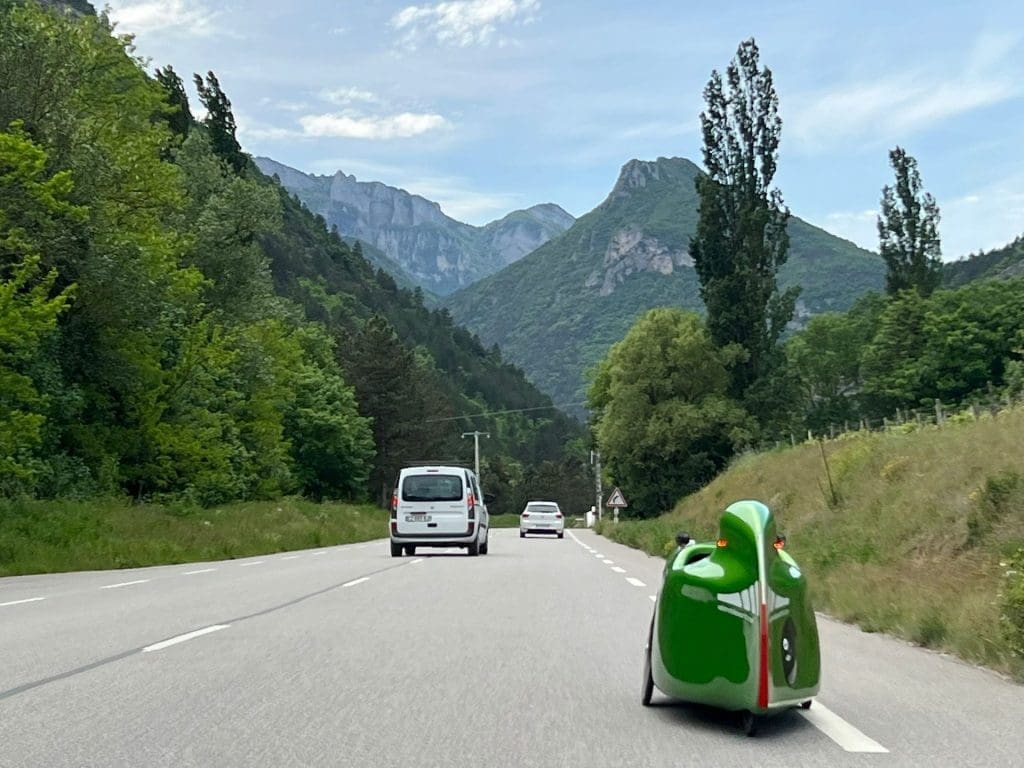 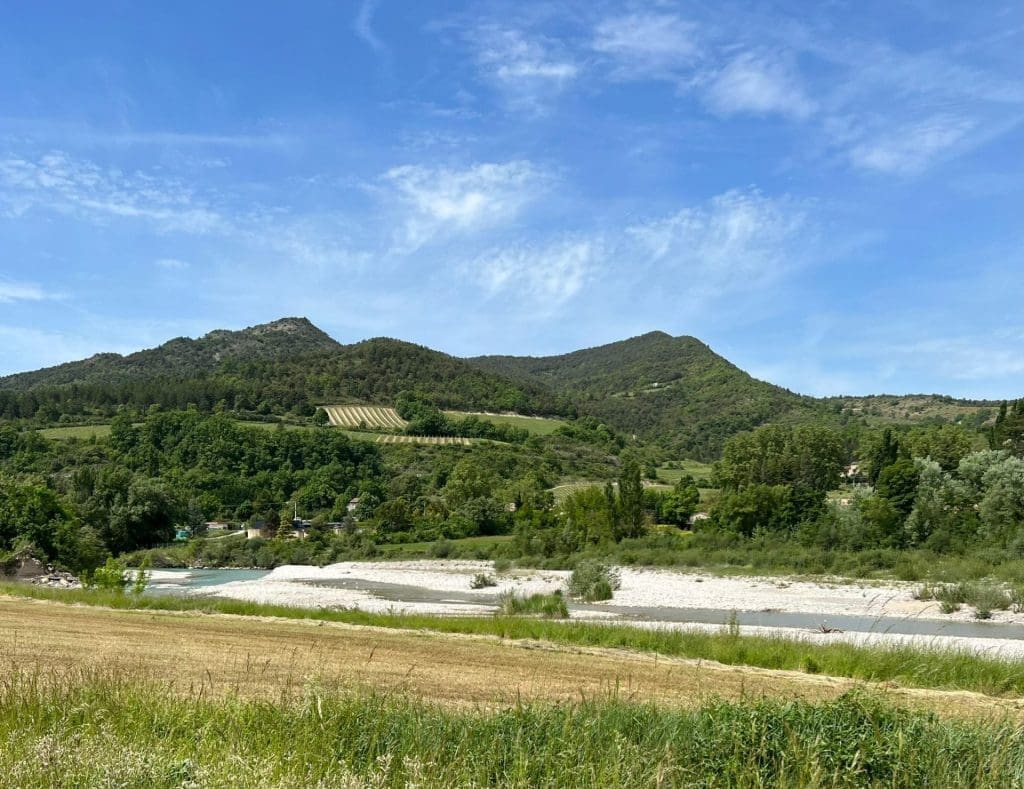 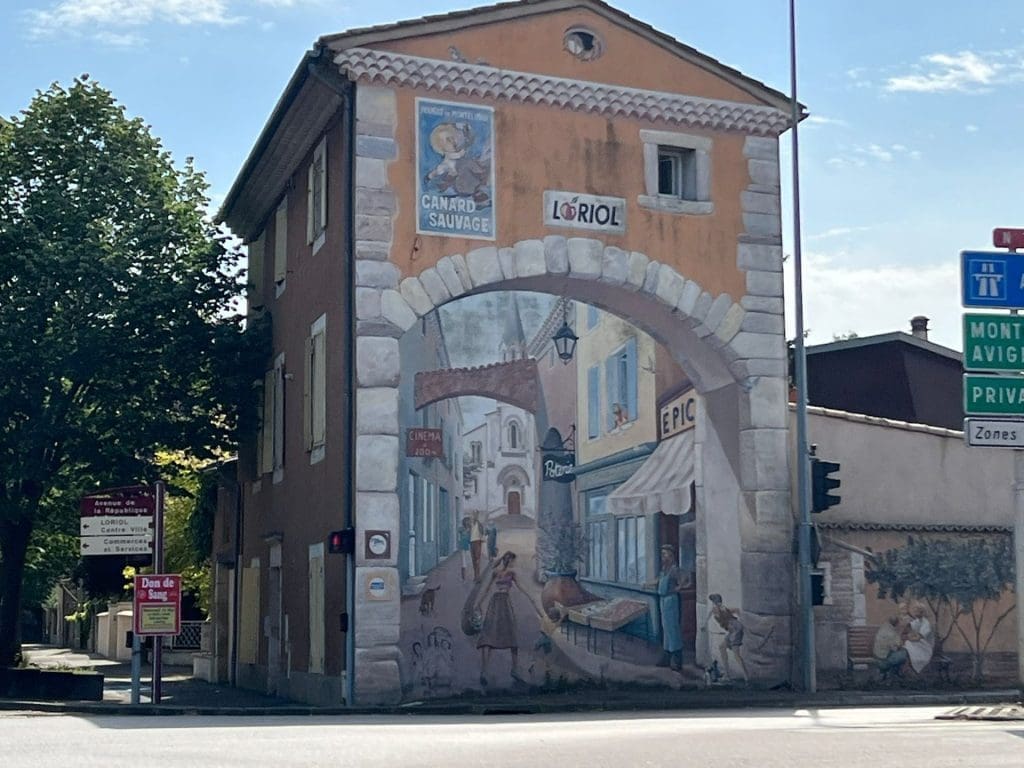 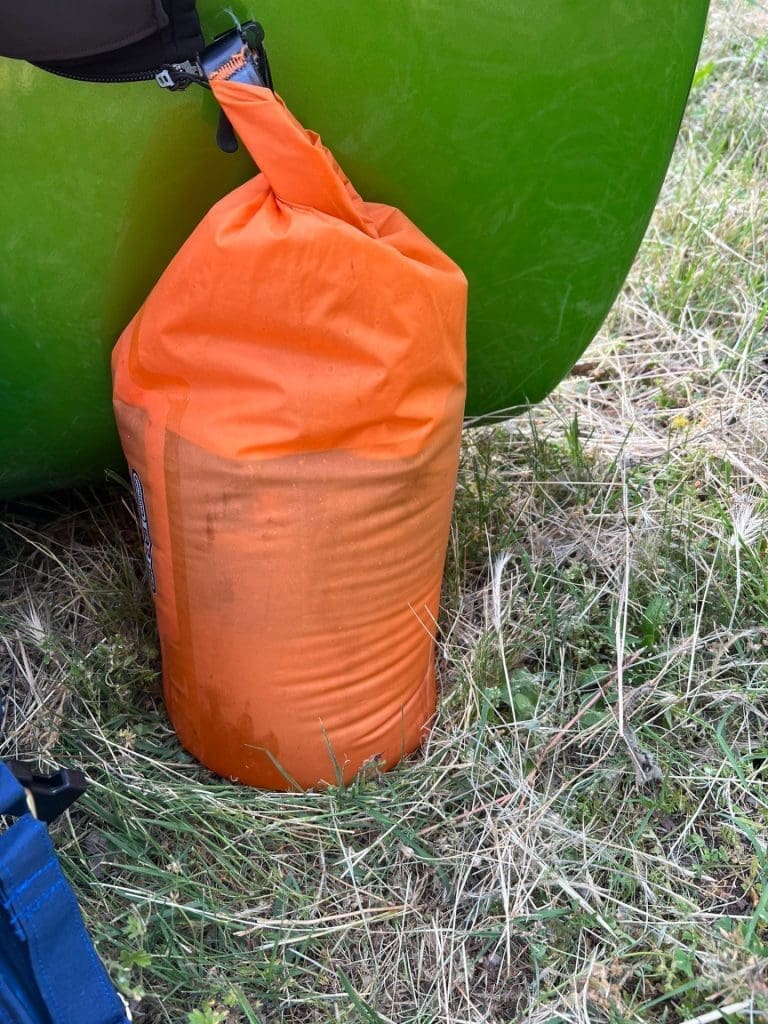