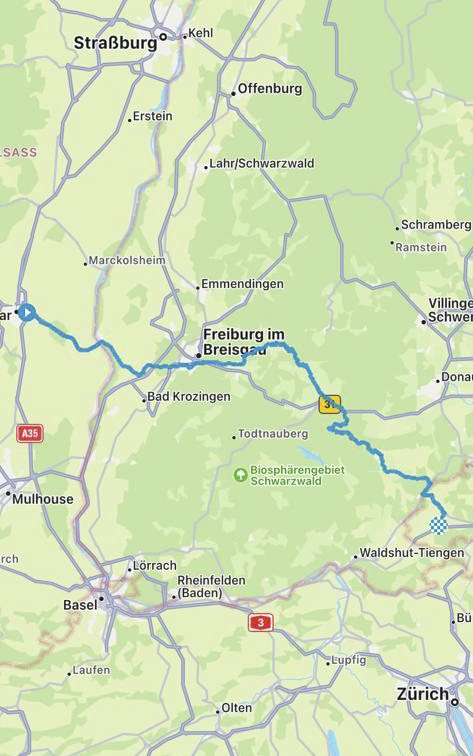 Today it was established go from Colmar via Freiburg up the Black Forest to Titisee and back down to the Klettgau towards Schaffhausen. This was the first test in the mountains. Whether everything works as we imagined, we'll get on with a longer climb.

The route from Colmar to Freiburg was fairly straight and a little busy. Only from the German border were the roads smooth again. In France they are often very rough. Shortly before Freiburg we circled the Kaiserstuhl. A small elevation which is used intensively by winegrowers.

In Freiburg we are still looking for a nice café to strengthen our ascent. There were lots of delicious cakes.

It was easy to drive through Freiburg, many cycle paths have been created.

Behind Freiburg it started to rise slightly. From Stegen the climb increased and a little later the first switchbacks came and we started to sweat. From Sankt Peter it is a fantastic panoramic road with a wonderful view of the Black Forest. There was only an occasional incline to Titisee. After that it went up and down a bit, before dropping down to Switzerland behind Bonndorf. In the canton of Schaffhausen we had an overnight invitation from the Velomobilforum at Stefan's. 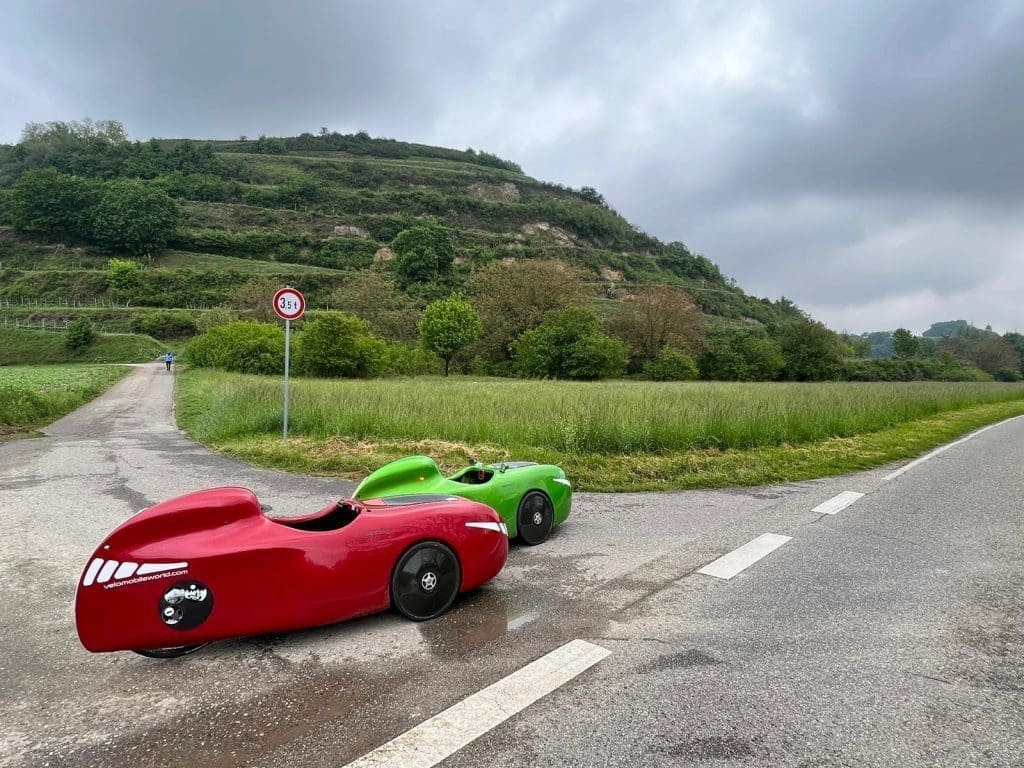 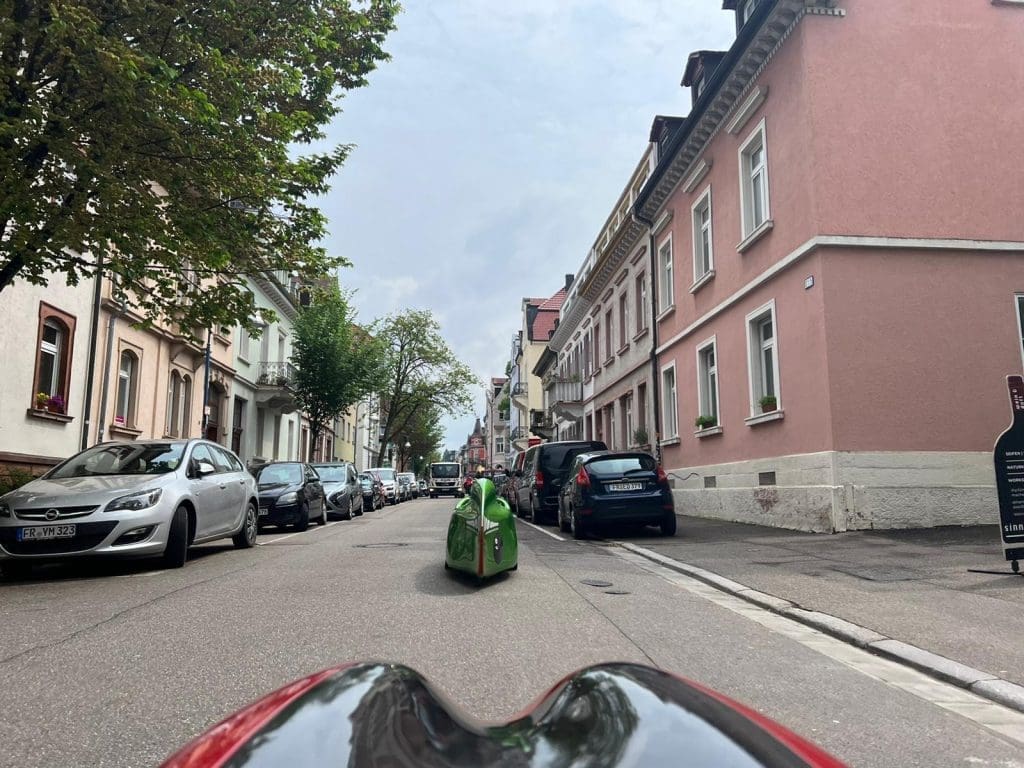 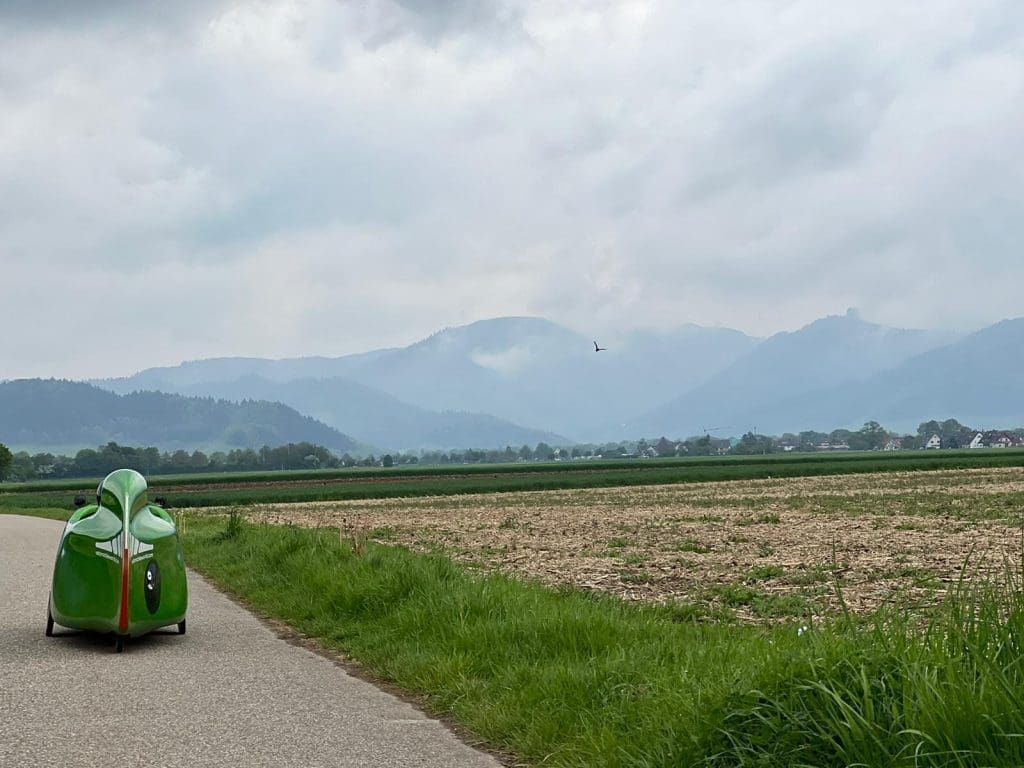 View on the Black Forest 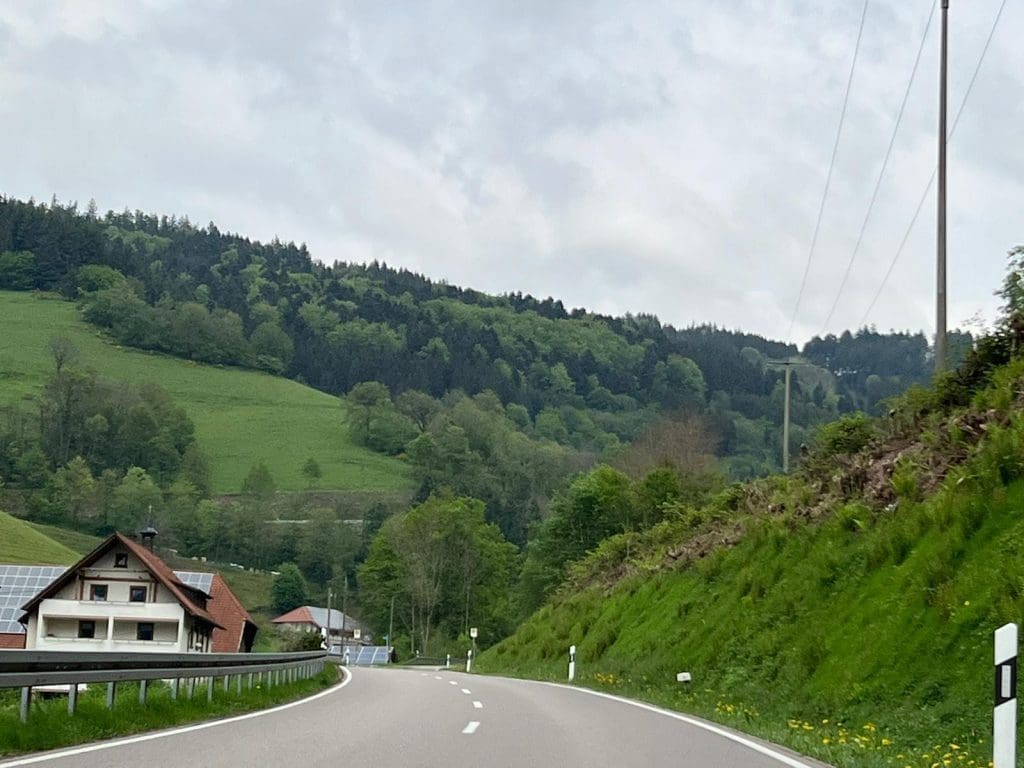 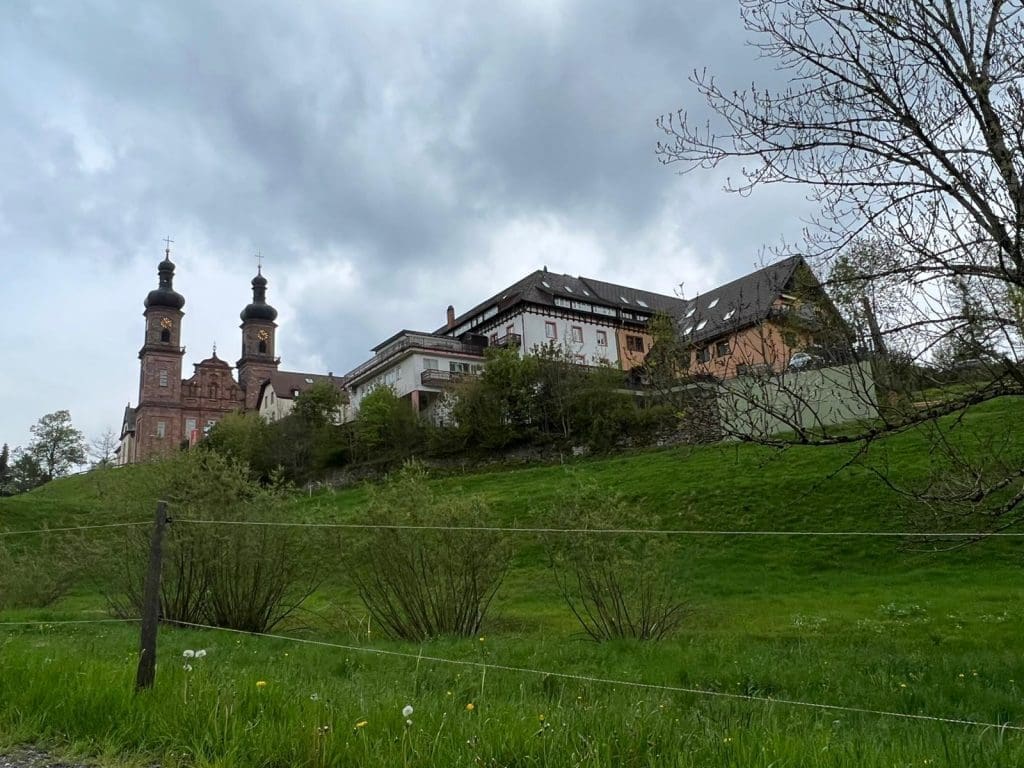 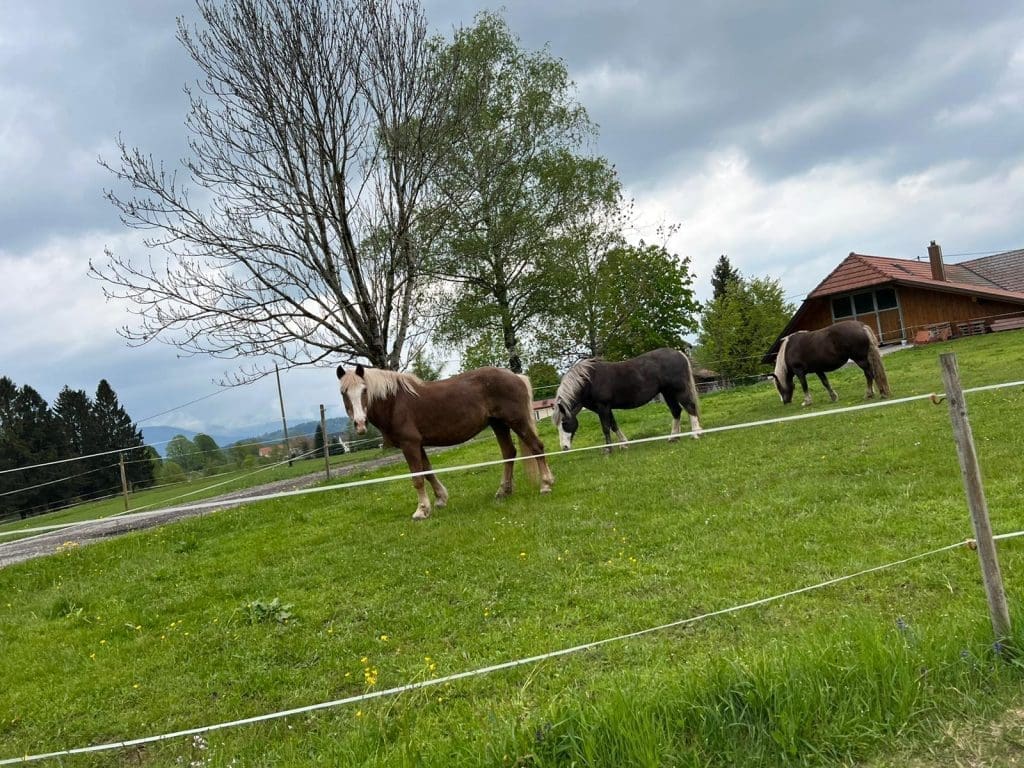 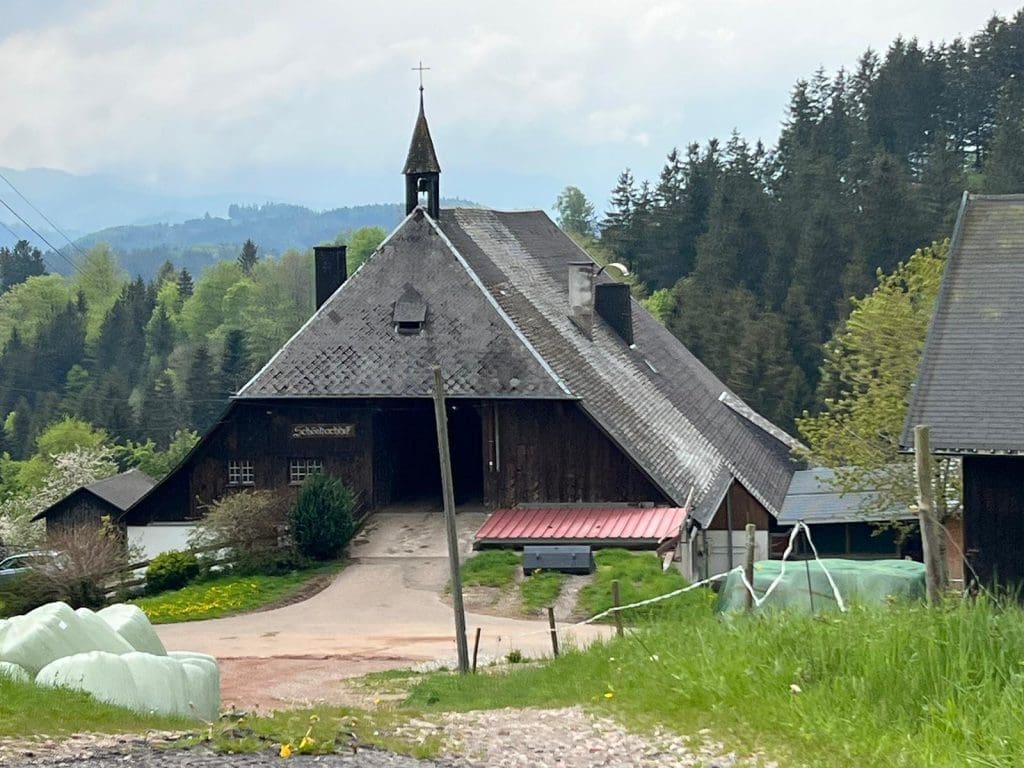 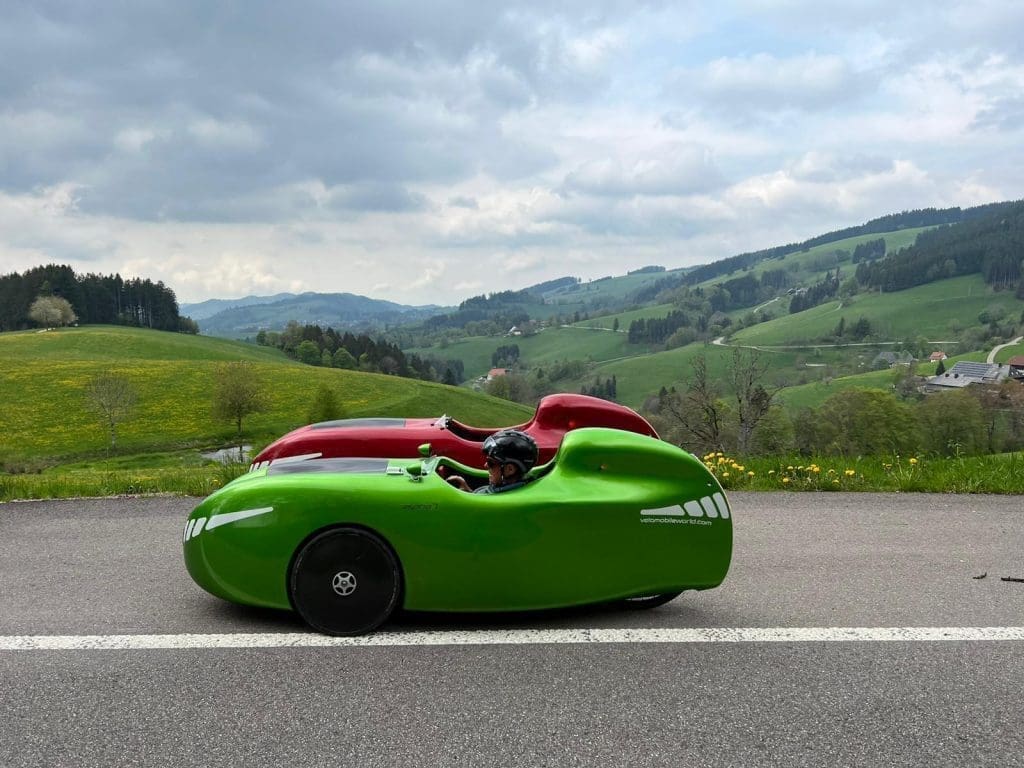 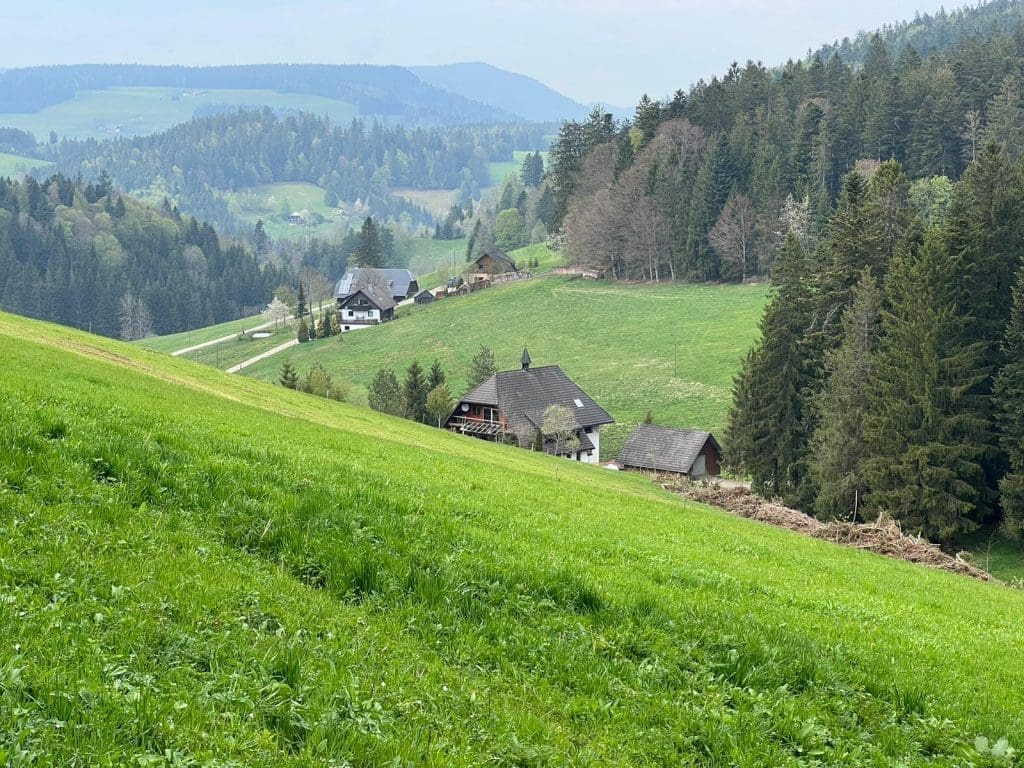 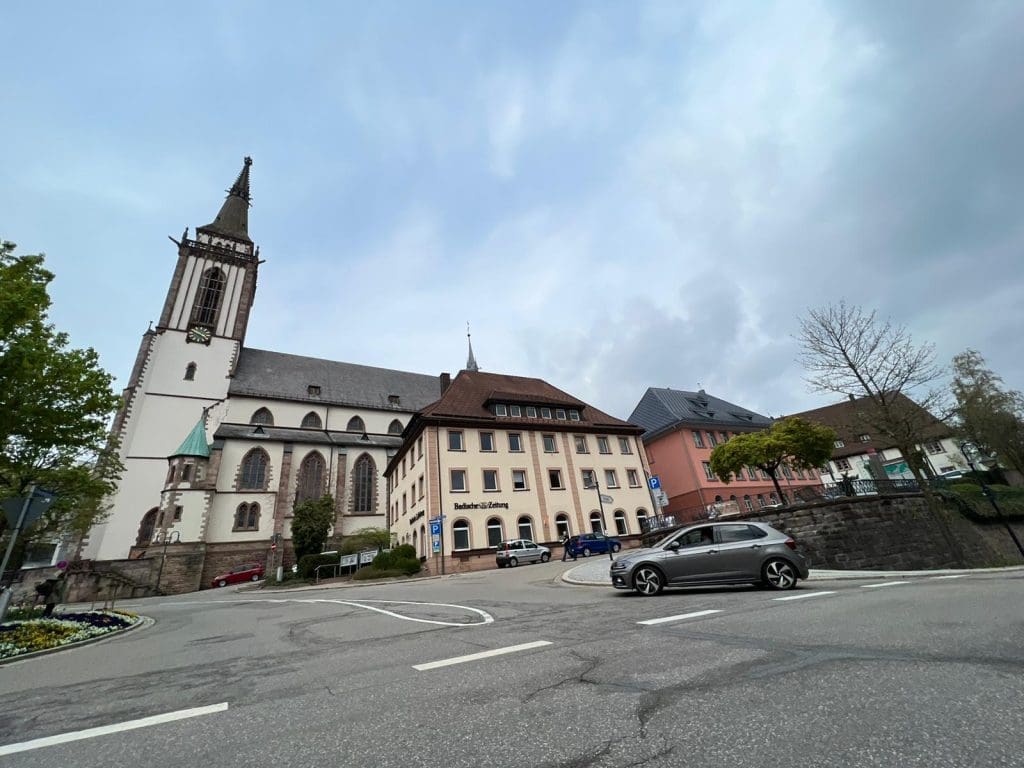 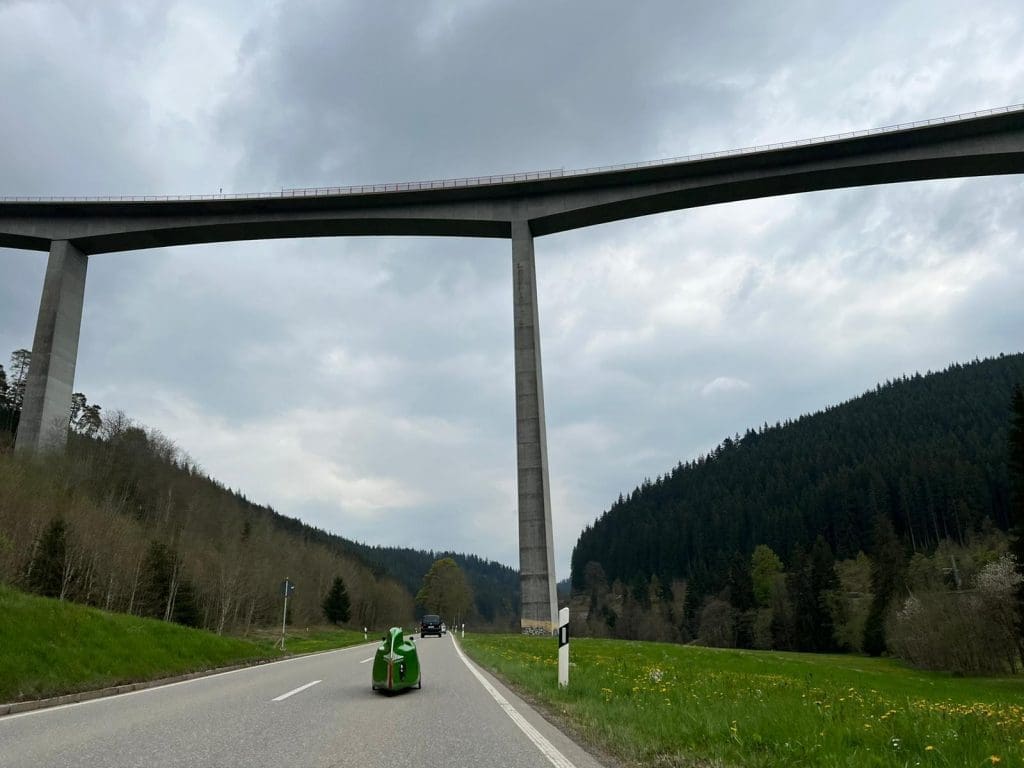 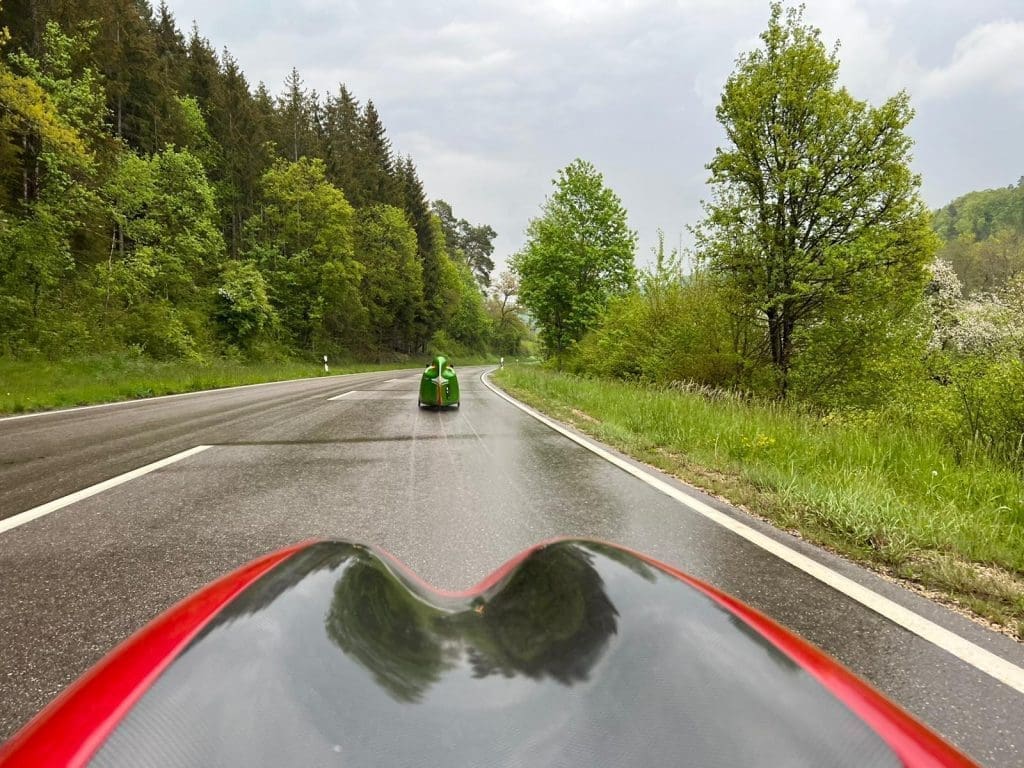 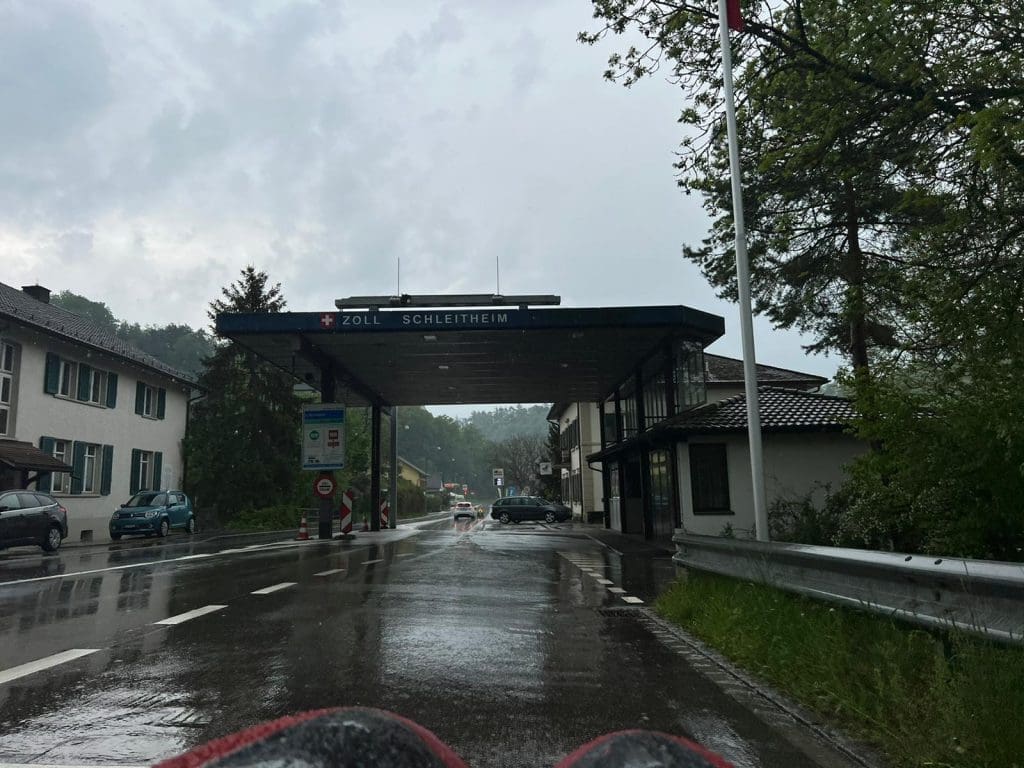 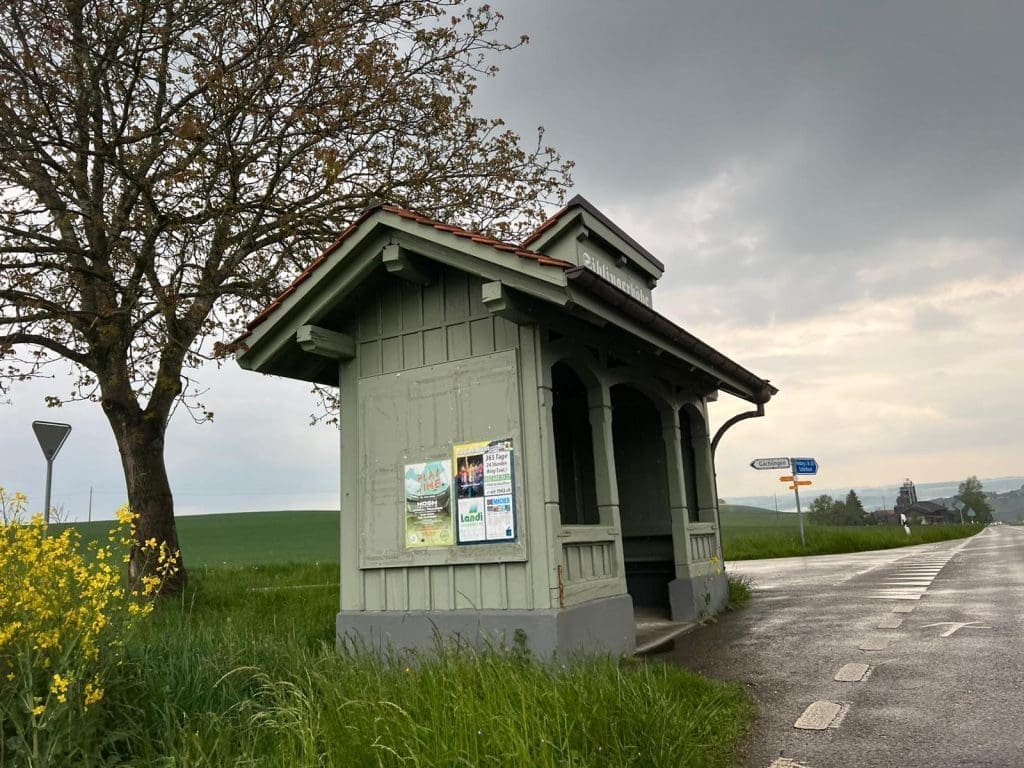 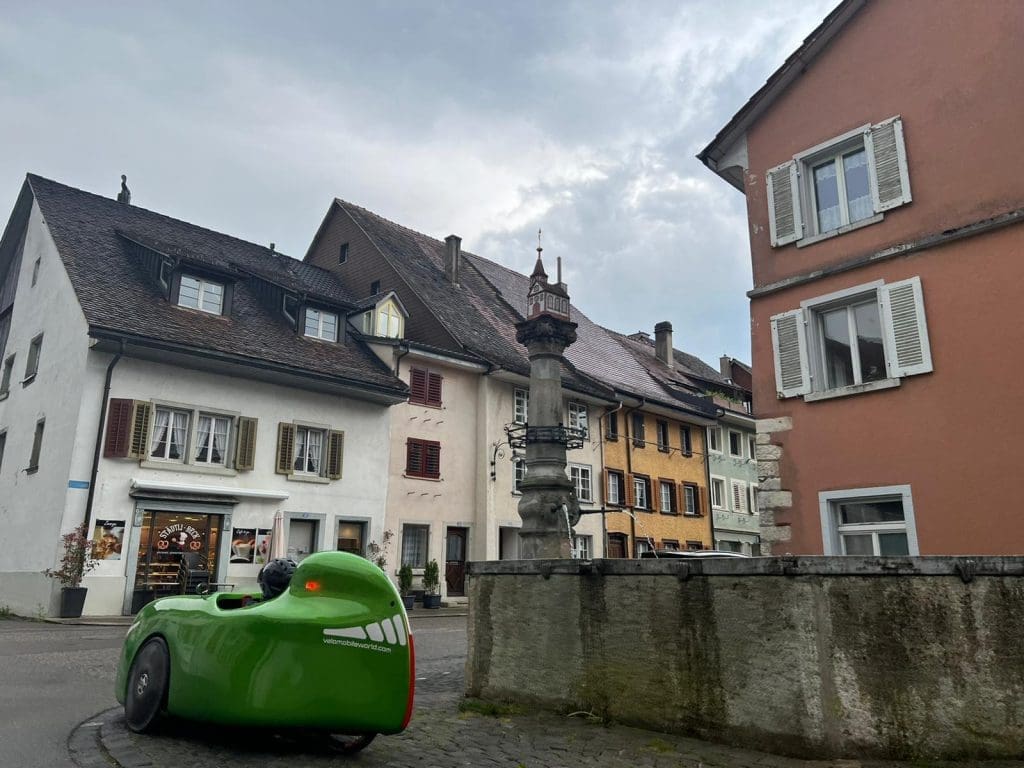